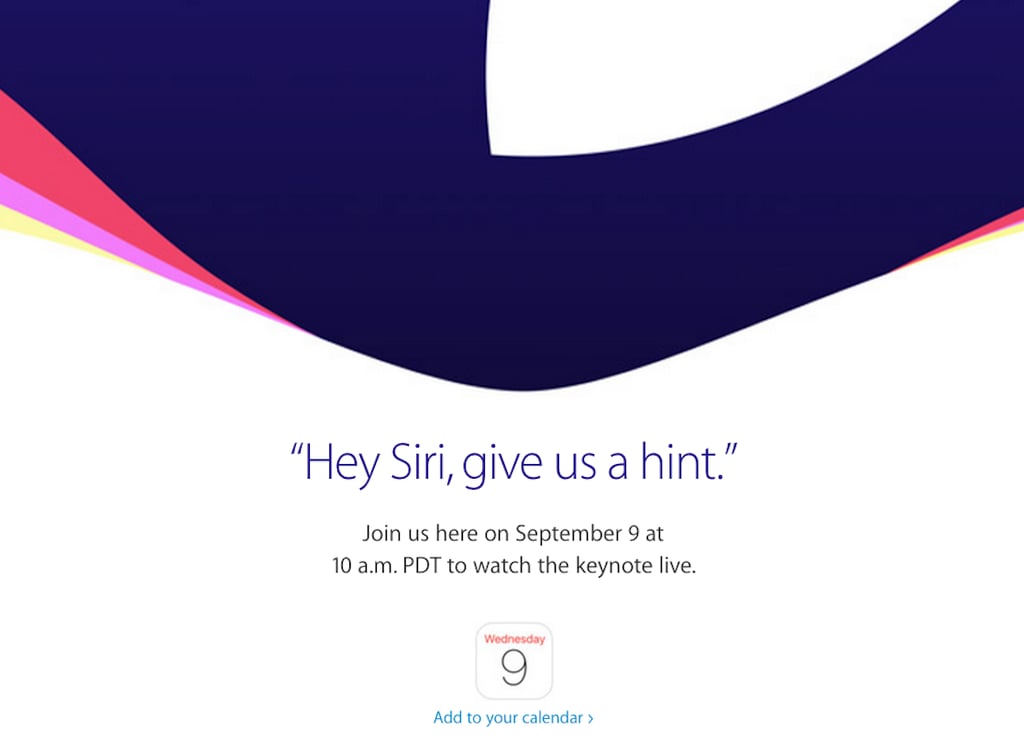 Apple fans, get your calendars ready: the company's newest iPhone, iPads, and even a brand-new Apple TV are expected to be announced at an event on Sept. 9 in San Francisco.

Apple just unveiled a page on its website that reads, "Join us here on September 9 at 10 a.m. PDT to watch the keynote live." It also includes a nod to Siri, and if you prompt her by saying, "Hey Siri, give us a hint," you'll get different responses about something happening on that date.

While it's always exciting to see a new iPhone, you might want to get excited about two other possible debuts: a 12.9-inch iPad Pro and a new Apple TV. There aren't too many details on either device other than the larger size of the iPad and that this will be an improved Apple TV. The event is less than two weeks away — still enough time to get super pumped about these fresh products.

Tech NewsDigital LifeAppleIOSiPhone
Around The Web

by Murphy Moroney 55 minutes ago

Dua Lipa's "Hallucinate" Video Is a Vintage Disney Cartoon on Acid, and We Can't Get Enough

Jesse Tyler Ferguson and Justin Mikita Welcomed Their First Child, and the Name Is So Cute