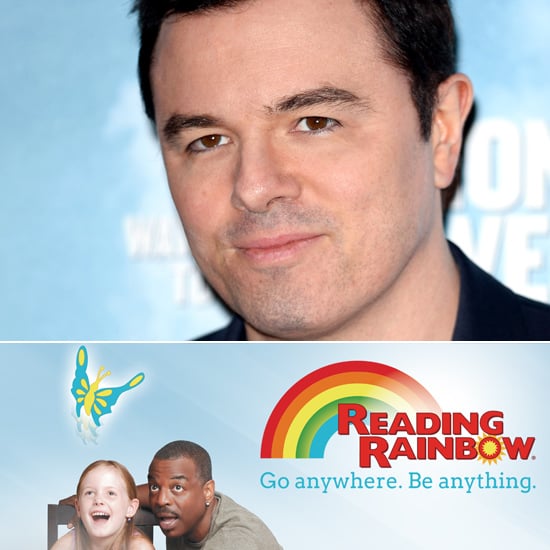 This is the power of the Internet at work! The Reading Rainbow Kickstarter not only broke the record for most supporters of any project on the crowdfunding site, it also reached its stretch goal of $5 million in donations by the time it was funded on July 2. The campaign saw 105,857 people pledge their support to bringing the literacy show to classrooms around the nation.

Just last Friday, Seth MacFarlane gave the campaign huge monetary and publicity boosts by pledging to match $1 million in donations to revive the '80s educational show and help bring the power of books to a new generation of kids growing up on the web. The campaign, spearheaded by the show's host, LeVar Burton, has already surpassed its original $1 million goal with over $4.1 million pledged.

We already knew Family Guy creator Seth is as obsessed with space as we are, being the driving force behind bringing Cosmos, the space and science show, back to living rooms, but the news that he's a Reading Rainbow superfan is a welcome surprise. The added $1 million he is offering will help bring Reading Rainbow into at least 5,000 more classrooms than the project's original goal.

Fans who love LeVar from his Star Trek days can choose to be "rewarded" for their donations with Trek rewards like donning the exact visor he wore in the show and even meeting the captain himself, Patrick Stewart. With high-profile perks and A-list friends campaigning for its return, the new Reading Rainbow will soar!