This Disney/Star Wars Restaurant Is Every Fan's Dream

If watching the latest Star Wars movie trailer made you deliriously excited for what's to come, you might want to sit down for the latest: a Star Wars-themed pop-up restaurant is coming to Disney World for five weekends.

The restaurant, named the "Rebel Hangar," will open and run throughout the duration of Disney World's Star Wars weekends in Orlando, FL, from May 14 through June 15. Those weekends, which already include a Jedi training academy, among other activities, will now offer a full menu of Star Wars-themed food and drinks. The food isn't strictly tied to the theme too much — the "lightsaber bites" don't necessarily resemble a real lightsaber — but the restaurant definitely adds to the hype surrounding the release of the next installment of Star Wars. It's also a perfect alternative to those who can't set sail and explore a new section of Disney's Dream cruise ship, which looks exactly like Han Solo's Millennium Falcon.

The Force is strong with this idea, and while not everything looks appetizing, we're not complaining. Ahead, check out photos of the dishes and drinks.

Gregg Sulkin
Yes, Please! Justin, Harper, and Mason From Wizards of Waverly Place Had a Magical Reunion
by Chanel Vargas 9 hours ago

Disney
This Couple Celebrated Their Love With an Enchanting Mermaid Shoot, and It Got Steamy
by Zara Patel 3 days ago 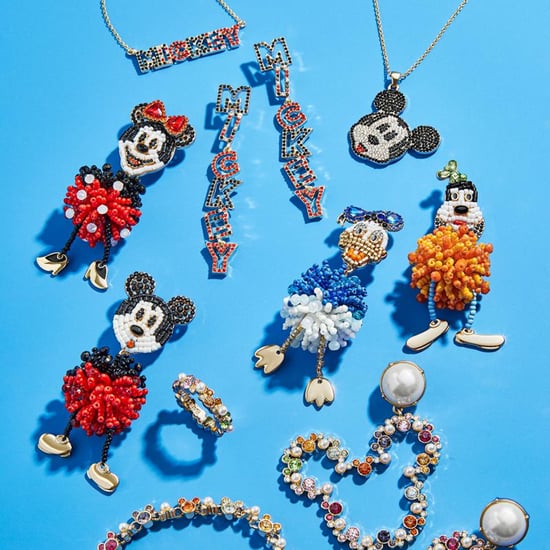 Animated Movies
Everything We Know About Luca, Pixar's 2021 Release About a Young Boy With a Big Secret
by Alessia Santoro 17 hours ago