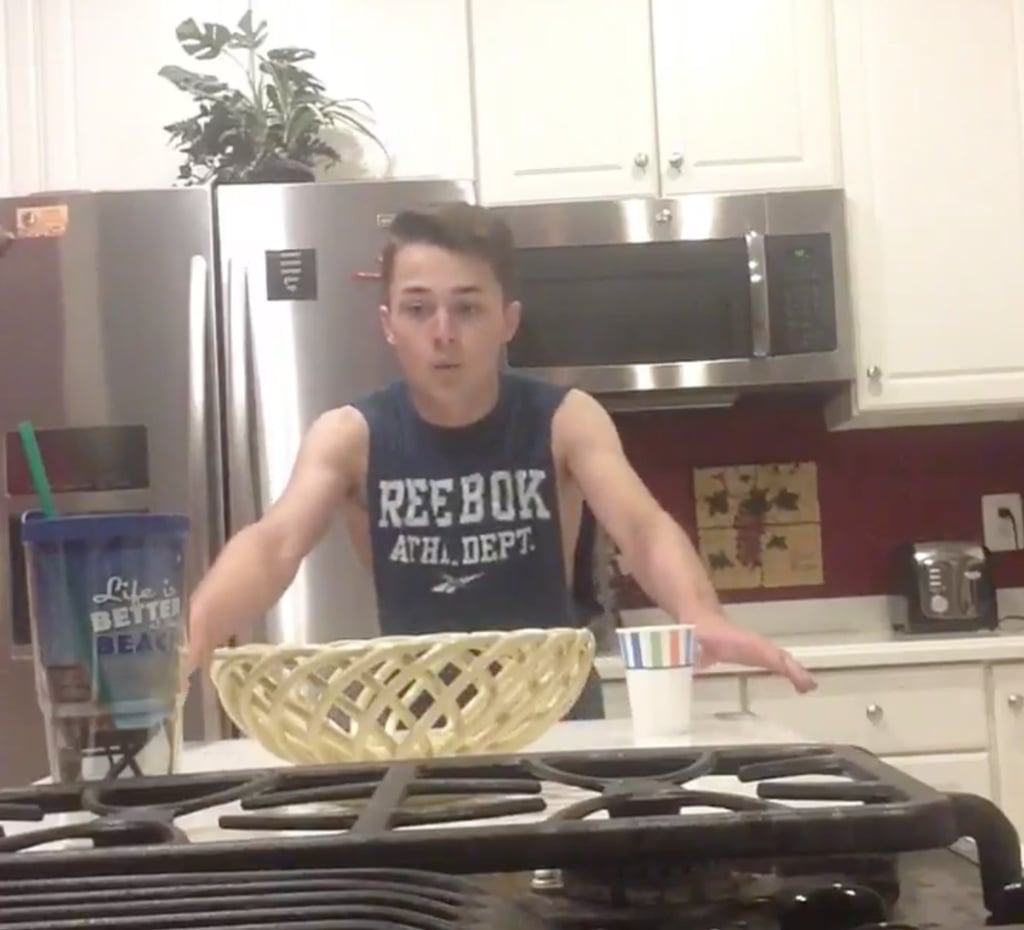 Started by Twitter user Jason Oakes, the challenge is pretty much what you'd expect it to be. Since people in cartoons are always slipping on banana peels, Oakes decided to see if it can also happen in real life, so he tried stepping on one. At first, it's not too crazy. A few seconds later, he slips, yells, and tries (and fails) to save himself with a cup on a table. The tweet was sent out on March 27 but already has more than 94,000 "likes" and 90,000 retweets. Teens across Twitter are also participating in this challenge, because why not?

While we're sad to say goodbye to the days of hearing "Damn, Daniel," the videos of the #bananapeelchallenge might be making us laugh as much as Daniel and Josh did. See some examples ahead of tweets that have gone viral, and please, don't try this at home — the cartoons are totally right.