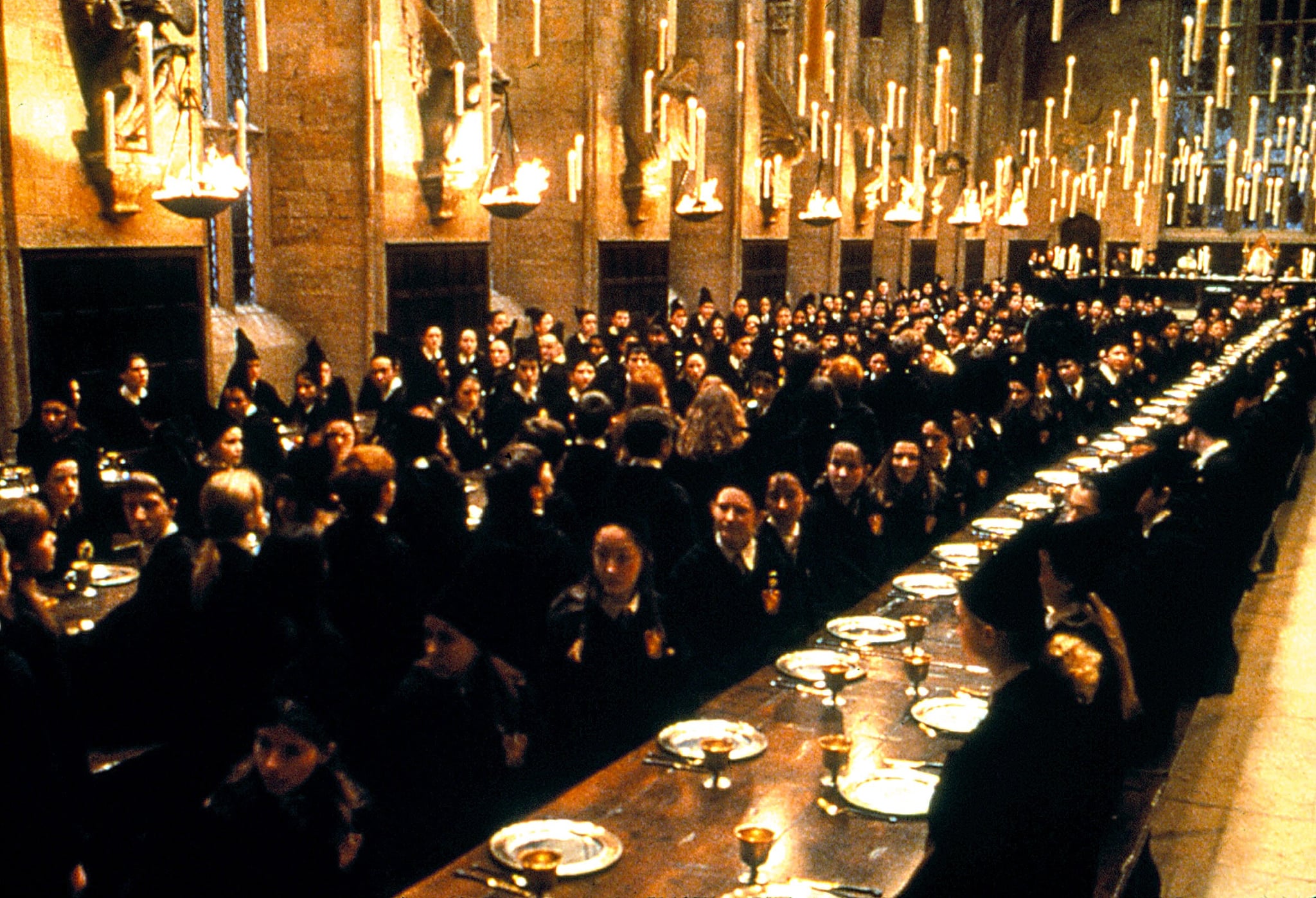 A question that comes up often in Harry Potter fan circles is about the size of Hogwarts School of Witchcraft and Wizardry. JK Rowling describes the magical institution as one of Europe's largest, with hundreds of students attending every school year. But, as book readers are well aware, the series's namesake character seems to have very few classmates, a mere handful of boys and girls in Gryffindor, with similarly scant enrollment of Harry's grade level in Hufflepuff, Ravenclaw, and Slytherin.

Well, one Tumblr user has come up with a theory for why Harry Potter's grade level is so small.

This theory, though heartbreaking considering its implications, has been parroted across Reddit and other fan blogs. It makes sense, right? Given that Harry's parents were killed when he was only 15 months old, it would explain tiny class sizes immediately surrounding Harry's year — Voldemort was at his peak leading up to and immediately following Harry's birth. Understandably, couples likely avoided conceiving during such terrifying times, with only a few brave wizards in Britain deciding to procreate despite the horrors of Voldemort's reign.

This sort of wartime fear surrounding major life events is a common theme in the Harry Potter series. In Harry Potter and the Half-Blood Prince, Molly Weasley explains that she and Arthur married young because everybody did during Voldemort's rise to power — they didn't know how much time they had left. And her son Ron justifies kissing Hermione during the Battle of Hogwarts for a similar reason.

"Is this the moment?" Harry asked weakly, and when nothing happened except that Ron and Hermione gripped each other still more firmly and swayed on the spot, he raised his voice. "Oi! There's a war going on here!"

Ron and Hermione broke apart, their arms still around each other.

"I know, mate," said Ron, who looked as though he had recently been hit on the back of the head with a Bludger, "So it's now or never, isn't it?"

So next time you're wondering why you only ever hear about a handful of Hogwarts students in Harry's grade level, understand that they're the few whose parents were brave (or foolish) enough to bring babies into the world during the reign of a complete monster.

Matt Damon
Ben Affleck, Matt Damon, and Viola Davis Team Up in New Movie About the Rise of Air Jordans
by Victoria Edel 6 hours ago