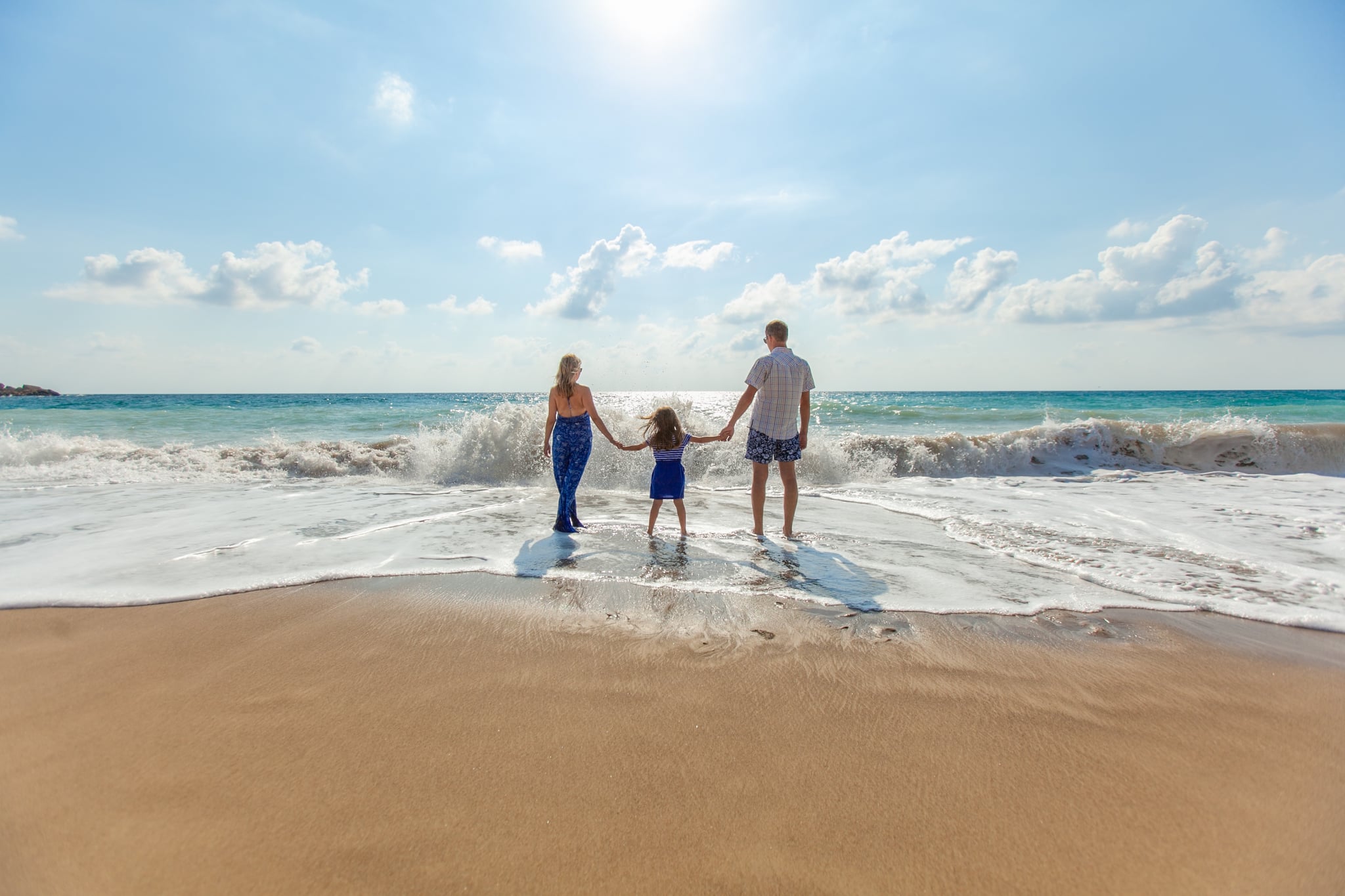 I'm not sure how it happened, but our generation of parents are so wrapped up in our kids' lives that we've forgotten we used to have lives of our own, long before kids entered the fray. We want to be "hands on," we want to be "perfect," we want to "outshine" and "out-do" one another with our greatness.

Before kids, we had hobbies, we went places, we ate in fancy restaurants, we read, we partied, we drank, we were funny, we were selfish, we were unapologetic, we slept in, we camped out, we had interests. We were interesting. We didn't care what people thought.

When you become a mother or a father, quite suddenly your priorities change. And rightly so — you have another human being to take care of. In our case, we have two tiny humans. My sister-in-law has three! You may have four or five.

You start caring about what others think about you, in particular other parents. You went back to work after three months; shame on you. You use disposable nappies; you obviously don't care about the planet you're raising your kid on. You formula feed, so that makes you an idiot. You use the "cry-it-out" method; you definitely should be sent to prison. You won't let your kid watch TV or play with an iPad; you're clearly Satan! You paid how much for that pony for your kid's fifth birthday party? Are you too strict? Or not strict enough? If you give too much rope, do your kids respect that or make you wanna hang them up by their ankles with it?

You get the idea. Everyone has a different style or technique to parenting, and that's OK. That's more than OK — that's your right.

Everyone has a different style or technique to parenting, and that's OK.

The point is, these tiny humans cannot fend for themselves and make good choices until they're at least 10 years old. They don't truly understand the word "consequence" until they're at least 16 years old. Hopefully by the time they're 21 years old, they're able to cook, clean, and actively contribute to society. So 21 years is what most of us have signed up for. That's 21 years per child, and all the years in between siblings.

My husband recently went on a trip that saw me looking after our kids for eight nights — solo. I had help during the day, but come sunset, it was just me. How single parents do it is beyond me. If you're a single mom or dad, give yourself a massive pat on the back.

Usually when my husband has any time out, like a nap on a Sunday afternoon or a night out with the boys or any time that doesn't involve me and our two kids, I make him feel bad . . . really bad. I make him feel guilty. I might even pick a fight with him. Why? Because I am jealous.

I should point out, though, that when I do the same he never gives me a hard time about it. And that's why I love him with all my heart. So here I was dropping him off at the airport so he could fly 12 hours away from us, and I'd promised myself I would not make him feel crappy about doing so.

I needed this like we all need air and in more ways than I care to elaborate on so publicly. Last night while soaking up our final night of freedom, we made a promise to one another; every year we will take two types of trips. One trip each on our own, and the other as a couple.

I love being a mom and I love being a wife; both roles are equally important. But I love being my husband's "person." And I know he loves being my "person." We're entering our second decade together, and our kids need to see that if we're going to care for them and look after their needs as a couple, as Mom and Dad, we first have to look after Sharon and Ryan. We need to care for ourselves.

We may not be able to fly 12 hours or even four hours away to get this much-deserved time off, but the point is that we'll make a conscious decision to put our needs ahead of our kids for 10 days a year. That's just 2.7 percent of an entire year to be selfish. To read a novel from cover to cover. And go places. To rediscover myself and to rediscover my spouse. That doesn't seem like much at all when being a parent takes up the other 97.3 percent, now does it? Does it?

That doesn't seem like much at all when being a parent takes up the other 97.3 percent, now does it? Does it?

Taking time out doesn't make me a bad mom and my husband an awful dad. It doesn't mean we're not 100 percent committed to our roles as parents. Being the center of the universe for our two boys still remains our main priority. My role as Mom remains constant. But I have to give myself permission to step outside of that role from time to time and be Sharon, to rediscover me.

So dear reader, give yourself permission to reclaim that 2.7 percent — or even half that or even just a quarter. You'll be better for it and so will your kids. Start saving. Put a little money aside each month for a holiday, a second honeymoon. If the budget is really tight, save for an awesome date night at a fancy restaurant. If there is no money to speak of, pack a picnic, drop the kids at Granny's, and go to the park or the beach or sit in your garden for two hours.

I've missed our kids so much that I can't actually put it into words. I know that the oldest will more than likely ignore us when we get home later and there is a good chance the youngest may have taken his first steps. (Update since being home: our youngest did walk for the first time. Took four steps and a couple of sideways ones too.) That's the payoff.

Make the time. Make it a priority.

Pet Advice
Grieving Your Pet? Here's Why You Shouldn't Feel Pressured to Rush the Process
by Elizabeth Enochs 6 hours ago

Hannibal
Why I, a Horror Fanatic, Just Couldn't Get Behind Hannibal
by Grayson Gilcrease 6 hours ago