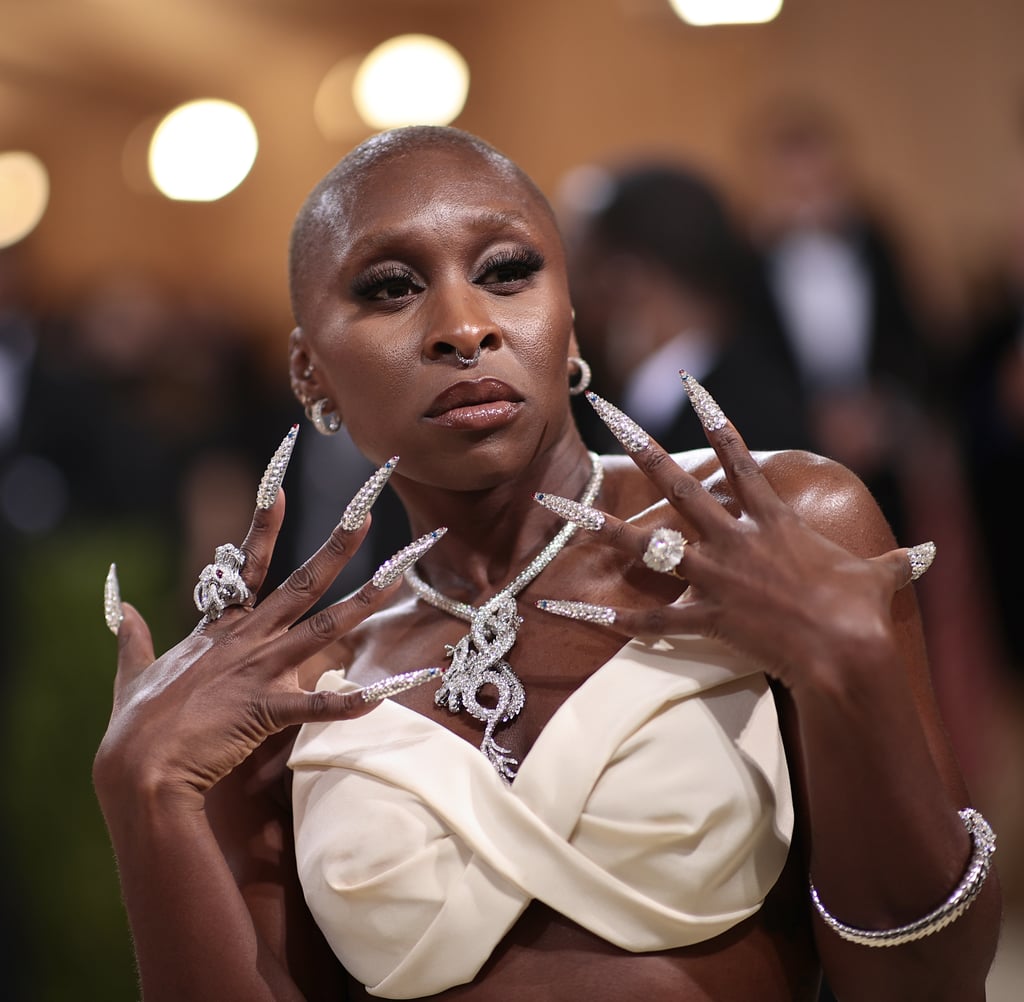 When it comes to the Met Gala, a celebrity's manicure certainly isn't the first thing we spot — there is the show-stopping fashion, of course, and the hair and makeup looks — but by no means are the nails are an afterthought. In fact, it's the painstakingly intricate finishing touch to any look. What's more, the 2021 Met Gala theme of "In America: A Lexicon of Fashion" served up some of the best nail art looks on the red carpet this year.

Highlights include Cynthia Erivo leaning into the drama with her jewel-encrusted nails that featured a teeny-tiny American detail, and Gemma Chan's "black dagger crystal" nails, which not only fit her ensemble perfectly but also serve as manicure inspiration that we're going to try out ourselves for a special occasion. And Ben Platt impressed us with his overall beauty look on the carpet this year: wearing crystal studs on his lash line and a super on-trend squiggle manicure to match his all-denim outfit. (Can you tell there's a glitter theme going on?)

Zoom into some of the best manicures of the 2021 Met Gala ahead.