Movember may be over, but thanks to a British advertising agency, men have an exciting reason to rock a furry face well into December. According to BuzzFeed, Grey London employees Mike Kennedy and Pauline Ashford came up with the idea of Beard Baubles when given the assignment to create the company holiday card. Unlike classic Christmas tree ornaments, these plastic decorations are attached to facial hair via bobby pins for a quirky accessory that's way more eye catching than a plain old Santa hat.

Though these baubles started as something of an inside joke for Grey London employees, the popularity of these merry metallic ornaments has surged to the point where the site is struggling to keep up with demand. While the company is hoping to renew stock in the next few days, we're getting the warm fuzzies from the idea either way — 100 percent of proceeds from Beard Baubles go to Beard Season, an Australian charity promoting Winter beard growth in the name of melanoma awareness. Read on to see more snaps of these silly accessories and to voice your opinion! 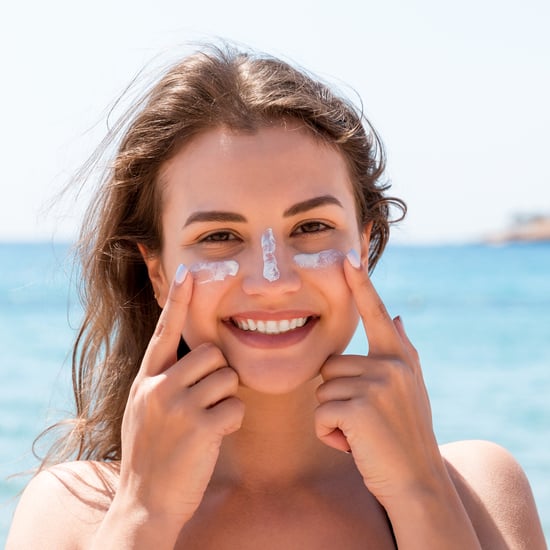 Beauty Trends
The "Sunscreen Contouring" Hack Is All Over TikTok, but It Could Have Dangerous Consequences
by Danielle Jackson 7 hours ago