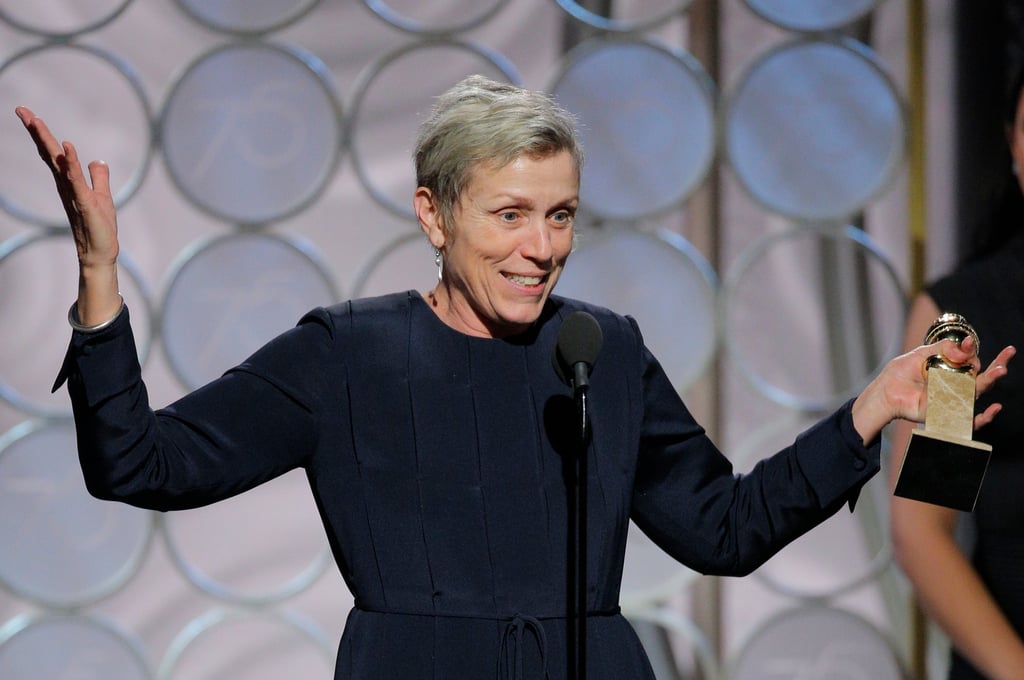 The Golden Globes were undeniably engulfed in feminist overtones this year, and gosh DAMN, it's about time. Between dozens of stars wearing black ensembles to protest against gender inequality and sexual harassment and other celebrities using their speeches to further speak out about the timely issues, the show will go down in history as one of the most memorable yet. Though many actresses amped up their black dresses with eye-catching makeup and hair choices (see: Millie Bobby Brown's stunning updo and Emma Stone's feminist makeup), Frances McDormand stayed true to herself by attending the show sans makeup.

As soon as Frances took the stage to accept the best drama actress award for her role in Three Billboards Outside Ebbing, Missouri, Twitter erupted into a frenzy of social media users applauding her bold, makeup-free appearance. To be clear, the 60-year-old actress is no stranger to showing up at such events without a stitch of makeup on her face. But considering the overarching feminist vibes of the Globes this year, her badass move especially resonated with the internet, as seen in the passionate tweets ahead.

Related:
Jessica Biel Gloriously Let Her Gray Roots Show at the Golden Globes, and We Are Here For It!
Previous Next Start Slideshow
Red CarpetGolden Globe AwardsCelebrity MakeupAward SeasonFrances McDormandTwitter