Is there anything Julia Roberts can't do? She is an onscreen sensation, has an impeccable sense of style, and claps back at trolls hating on her makeup look, and now she's added hair color chameleon to the list.

Roberts stopped by Jimmy Kimmel Live on Thursday, and the conversation quickly turned to Halloween and her pink hair, apparently a remnant of her flamingo costume, which she admitted might last "four to six weeks." Roberts continued, "I had a lot more [color] last night, but I thought there would be a lot less right now."

If you ask us, it's one of our favorite hues she's done yet, although we can't be sure her colorist would say the same if they were called in to help remove the blush stains. Either way, we can be certain of one thing: Julia Roberts is the prettiest flamingo we've ever seen.

Previous Next Start Slideshow
Julia RobertsCelebrity BeautyHair
Around The Web

Beauty News
The Beauty Looks at the Emmy Awards Were So Good, We Almost Forgot It Was All Virtual
by Jessica Harrington 21 hours ago 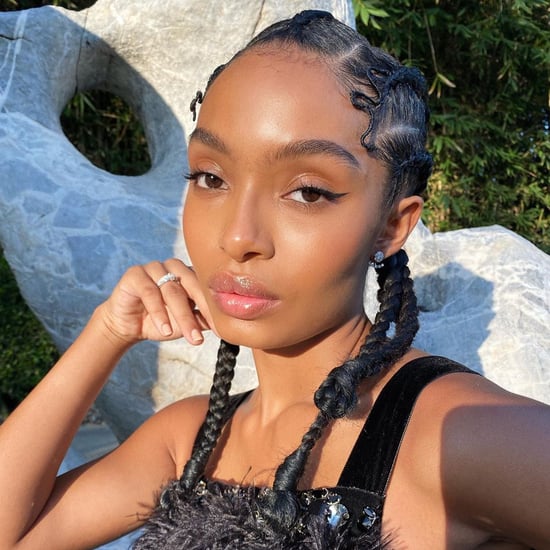