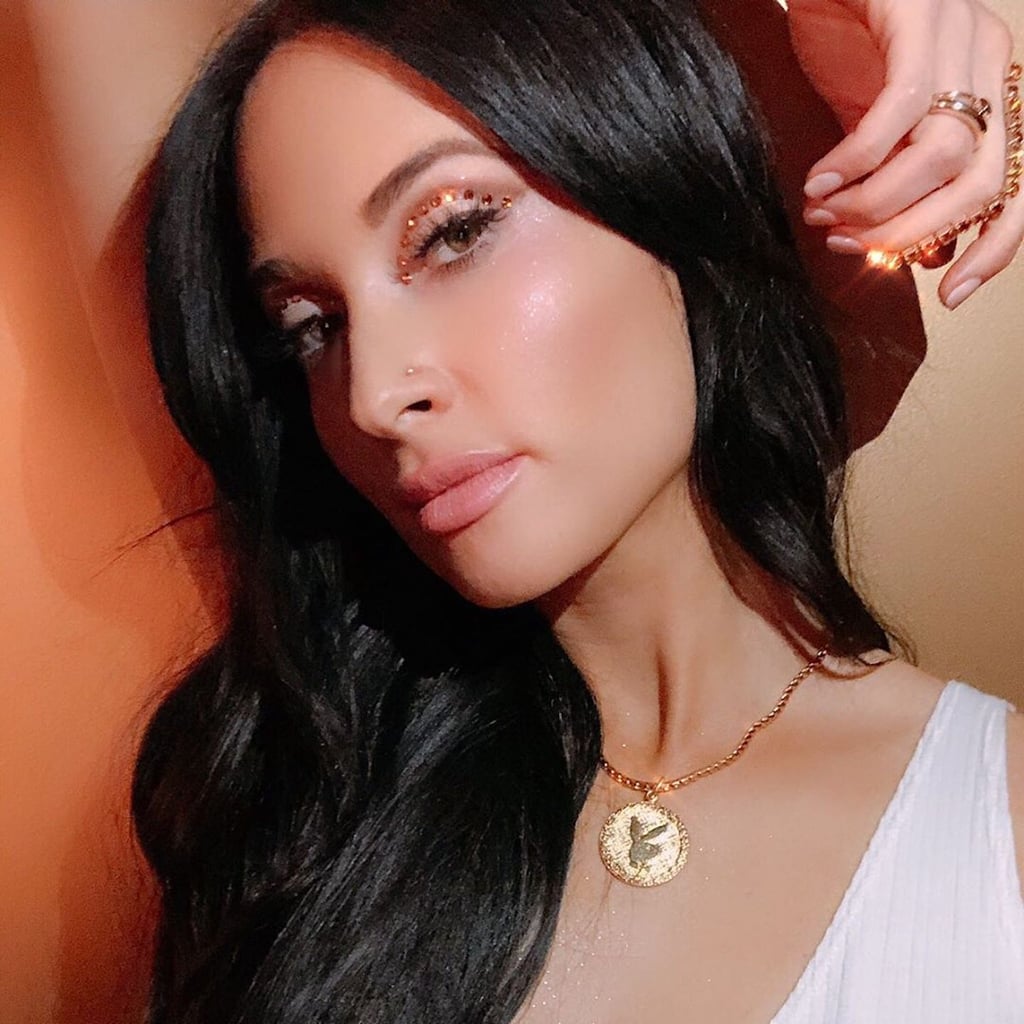 Kacey Musgraves looks like a million bucks with her latest eye makeup look. The country singer's makeup artist Moani Lee posted a close-up image of Musgrave's glam, which included a generous application of highlighter, liquid liner, false lashes, and orange rhinestones arranged in a half-moon shape in the creases of her eyes.

Lee mentioned in the caption that she used the Swarovski crystals the shade sun. Although Musgraves's look appears expensive, you can copy it on a budget with a quick trip to the craft store for some rhinestones and apply them with a bit of lash glue.

Musgraves isn't the first celebrity to add some sparkle to her makeup. Earlier this week, Katy Perry wore Euphoria-inspired jewels on her eyes, and Lizzo had yellow crystals placed around her eyes at the VMAs.

We're not surprised Musgraves is trying out this trend, considering how many full-glam makeup looks she's tried in the past. Ahead, check out her most glamorous makeup looks this year.