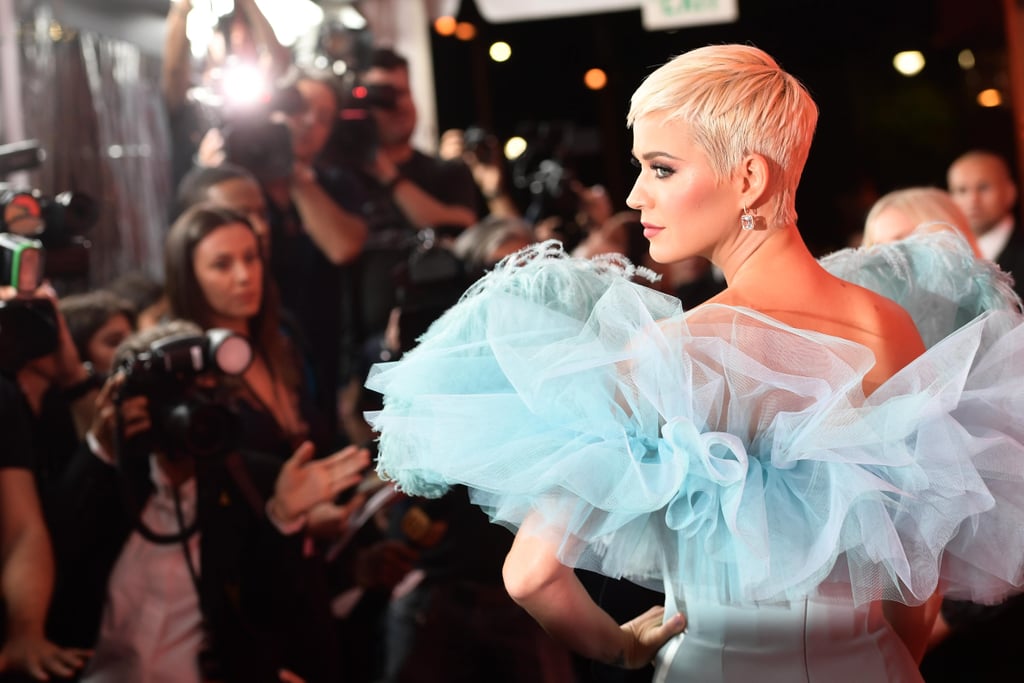 Katy Perry Felt "Exposed" After Cutting Her Hair: "You Really Can't Hide Behind It"

It's been nearly two years since Katy Perry cut her hair into a supershort, superblond pixie, and she's sticking to it. In a new interview for Paper's Spring 2019 issue, the singer reflected on the effects of her dramatic haircut. "Changing my hair definitely was the biggest physical transformation I have experienced as a woman," she said. "When you don't have long hair, you really can't hide behind it. Everything is exposed."

This doesn't mark the first time Perry has been vulnerable about her haircut. During a live stream to promote her 2017 album, Witness, Perry spoke with a therapist about the reason behind her haircut and its significance in regard to her mental health. "I'm really strong as Katy Perry and then sometimes I'm not as strong as Katheryn Hudson," she said at the time. "People talk about my hair, right? They don't like it or they wish that it was longer. I so badly want to be Katheryn Hudson that I don't even want to look like Katy Perry anymore sometimes. That is a little bit of why I cut my hair, because I really want to be my authentic self."

In Paper, Perry explained that she's taking some time for herself and won't be working on new music for the year. She has, however, done a little remodeling, including the installation of a "glam room" — hair-washing station and all — in her home. Perry said the room has made her feel like she's "made it." See photos from her latest editorial ahead.

Related:
These Are the Biggest Haircuts to Try This Year, According to the Pros
Previous Next Start Slideshow
Katy PerryBeauty TrendsCelebrity HairCelebrity BeautyPaper MagazineHaircutsCelebrity Interviews

Beauty News
Kehlani on Removing Their Breast Implants: "I Always Felt Like I Was Looking For 'Beauty'"
by Perri Konecky 5 days ago