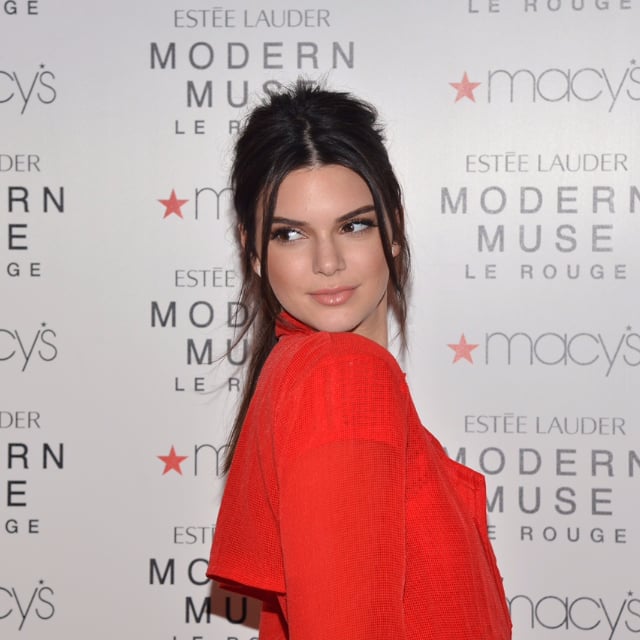 Kendall Explains How Her Beauty Look Is Different From Kylie's

Say what you will about the Kardashian and Jenner sisters, but Kendall is undeniably gorgeous. Even I gave an eye-roll when she announced she wanted to be a runway model. Little Kendall? Boy, was I wrong!

First, she announced she wanted to drop her last name to make it on her own without the help of her family's fame. And while reality stars rarely break over the line from TV to fashion, Kendall is the exception. Quickly designers like Marc Jacobs and Diane von Furstenberg embraced her, adding her to their runway rosters. And within weeks, it seemed like she was arm in arm with top catwalkers, such as Karlie Kloss, Gigi Hadid, and Cara Delevingne. When Estée Lauder announced Kendall as its spokesmodel, I knew she had made it. The partnership ensured that Kendall would transition from a young Hollywood It girl to a fashion muse and beauty icon in her own right.

What makes Kendall stand out from her family is the simplicity of her look. While her sisters tend to rock serious highlights, rainbow hair colors, or make drastic changes (like the time Kim went from jet black to ice blond), Kendall keeps it consistent. She most frequently can be seen out and about with sleek strands, dewy skin, luscious lashes, and perhaps a red lip. While that may seem like more upkeep than the average woman, it's scaled back in Kardashian land. And it adds a bit of mystery to her public persona!

But we uncovered her secrets when we exclusively interviewed the 19-year-old at the end of New York Fashion Week Spring 2016. We sat down with Kendall in a VIP room at Macy's Herald Square before she hosted an event for Estée Lauder's Modern Muse Le Rouge fragrance. There, she revealed her dreams of having her own family one day, how top models deal with under-eye circles, and the best advice Kim ever gave her.