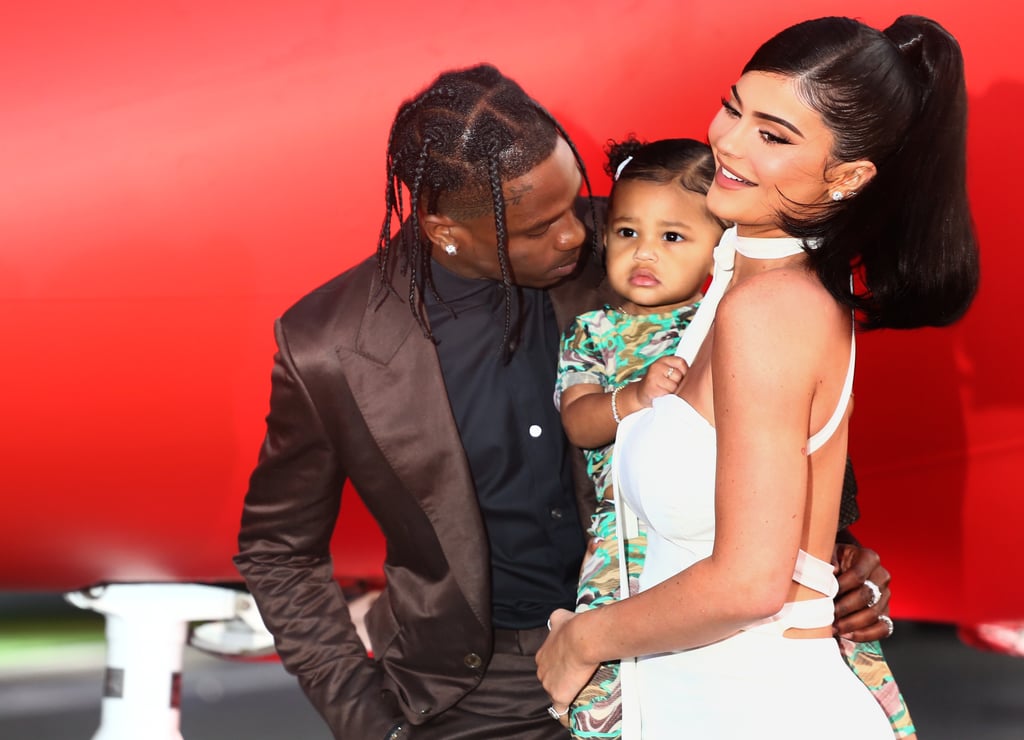 Stormi Is Going to Be a Big Sister! See Photos of Kylie Jenner's Growing Family

For parents Kylie Jenner and Travis Scott, life with their daughter, Stormi Webster, has certainly been busy – and it's about to get even busier. The on-again-off-again couple (last spotted on the red carpet together in June 2021) are expecting their second child, according to People.

Although the Keeping Up With the Kardashians star has been in the spotlight for most of her life, she took a major step back from the cameras while she was pregnant with Stormi in late 2017 to early 2018. Rather than go public with her pregnancy, the young mom opted to keep things hush-hush until her daughter was born in early February 2018. She kept fans in the dark until she announced that she had officially given birth with a personal, 11-minute-long YouTube video chronicling her path to motherhood. In an Instagram announcement, she acknowledged that her secretive pregnancy journey was "one I chose not to do in front of the whole world" and added that despite all the rumors, there was "no gotcha moment, no big paid reveal I had planned."

She has focused on balancing her many projects – namely her Kylie Cosmetics beauty empire – with parenthood ever since.

Read ahead to learn more about Kylie and Travis's daughter and to see more personal family snaps before they welcome their new addition.

Simone Biles
Seeing Double: The Cutest Pictures of Simone Biles and Her Sister Adria
by Victoria Messina 12 hours ago

Celebrity Instagrams
Adrienne Bailon and Israel Houghton Welcome a Baby Boy: "He Is Worth Every Tear"
by Eden Arielle Gordon 13 hours ago