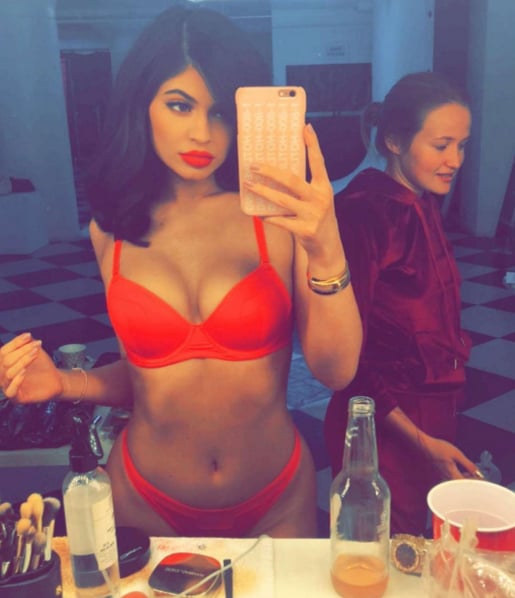 If you were as devastated as we were by failing to snag Kylie Jenner's sold-out lip kits last year, don't worry — there is still hope. The teen star took to her Instagram account to reveal that she would be launching three (!!!) brand-new shades just in time for Valentine's Day.

Kylie had recently teased the new colors of her product, but they were filtered in black and white so fans couldn't figure out the exact tones. We had assumed that she'd pick a new crop of nudes, but we're excited to report that she's experimenting with brighter shades. The first color was a delicate rose, and the second color to be revealed is a vibrant red. (She's wearing it in this picture!) The third is a soft pink named after one of her sisters. Read on to learn more.