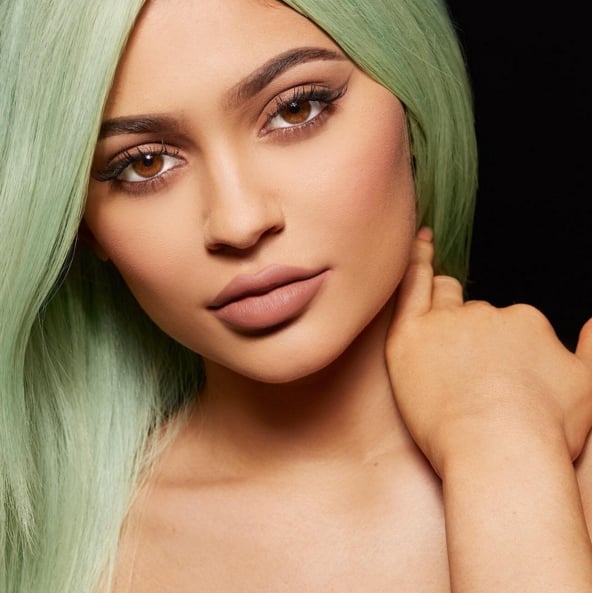 Kylie Jenner Teases the New Shades For Her Lip Kit

Though Kylie Jenner admitted that she got lip injections (rather than her previous claims about using a lot of liner), she is still capitalizing on the idea that beauty goodies can give you a rather plump pout. So she went into the business of creating pucker products in the form of the Kylie Lip Kit.

The teenage reality star revealed this news on Instagram with a photo of her wearing a vampy chocolate lip color that we can assume is part of the KLK. We believe she got help from her makeup artist Hrush Achemyan, who shared a similar photo of Kylie.

When asked whether it includes lip glosses, lipsticks, or pencils, she told Yahoo: "I'm going to keep that a secret, but it's a kit and I am super invested. I have been going to the factories, making the shades perfect, because I'm super particular about my lip color. I wanted to make three perfect shades to start off."

Though the shades keep selling out online at lipkitbykylie.com ($29 each), Kylie revealed on her app that she plans to add more colors and expand her makeup line. This means that she will be restocking it (woohoo!). She just showed off swatches of the new hues with the caption: "we will be restocking in the 3 original colors as well as the new ones.. And yes we've ordered a lot more for you guys. Thank you for being so amazing and patient." However, the photo is filtered in black and white, so we can't determine what the actual colors are. To get fans revved for the first launch of the kits, she had released images via @lipkitbykylie of the packaging, lip glosses, lip pencils, and swatches. And we predict she will do the same for the second iteration. In other words, if you're craving more info, it's probably coming!