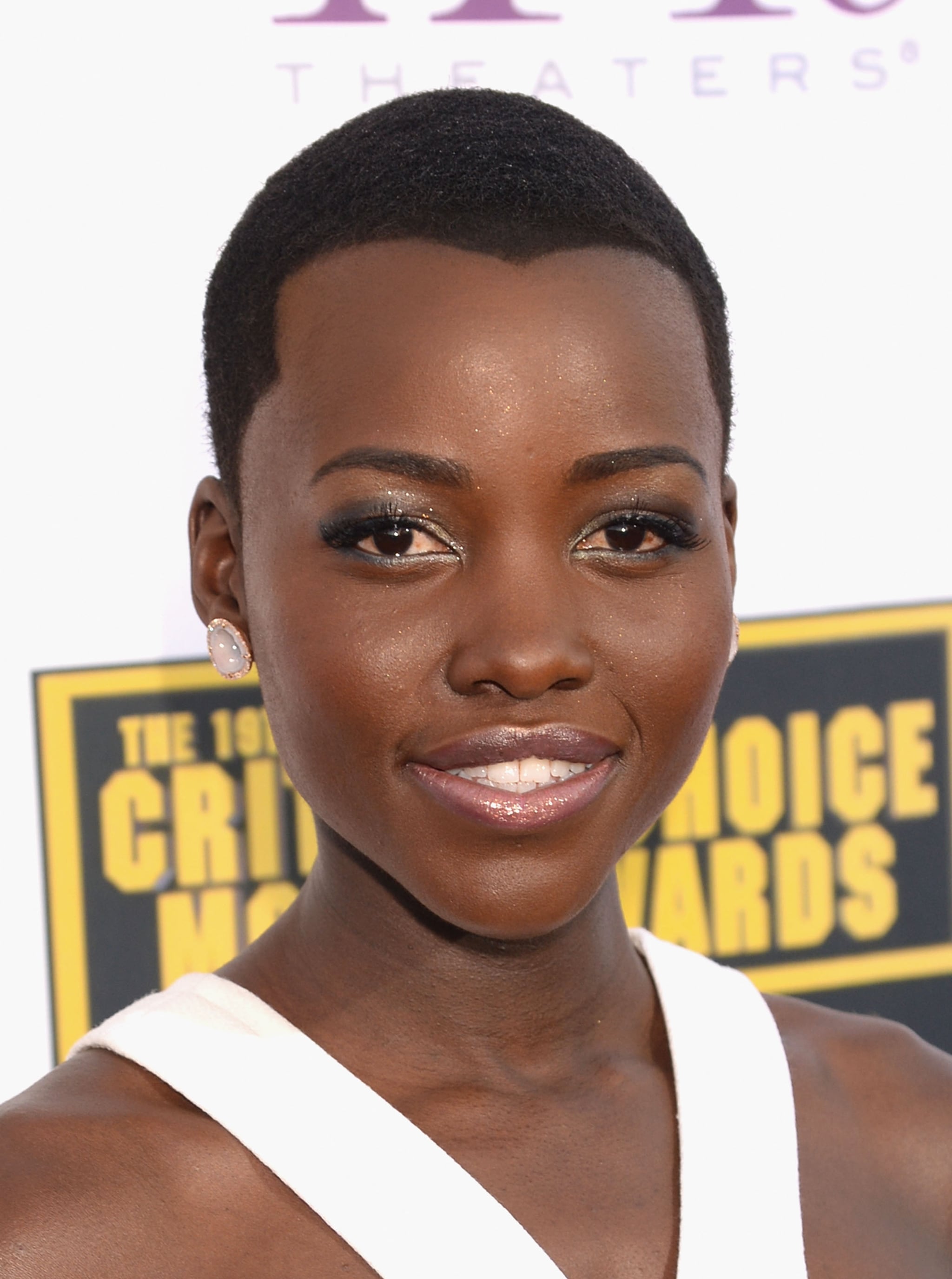 How many styles can you create with less than an inch of hair? Apparently, the options are endless. Lupita Nyong'o showed up to the Critics' Choice Awards with a new, well-defined widow's peak. Her hairline pointed the eyes directly downward to her silvery-gray eye shadow and shimmering cafe lipstick.

To create Lupita's awe-inspiring look, hairstylist Ted Gibson started with two shine lotions mixed with a sting hold wax. He then pressed her hair down with hot towels to keep flyaways at bay. For Lupita's faux widow's peak, Gibson used a fiber filling agent to fill in her hairline before spraying everything down with some hairspray. We're counting this look as yet another red carpet win for Lupita and her glam squad.

Vote in all our Critics' Choice Awards polls here!

Lizzo
Despite Lizzo's Reaction to Her New Bob Haircut, We're Majorly Digging the Style on Her
by Karenna Meredith 17 hours ago