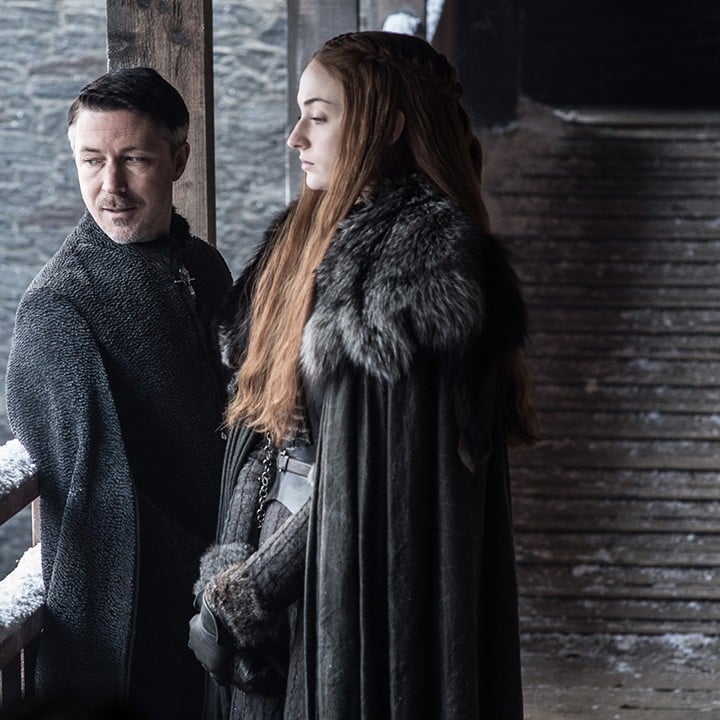 There was so much to absorb from the season seven premiere of Game of Thrones, you might've missed a key moment: Sansa's hair. No, she didn't wear a killer accessory á la Daenerys Targaryen, but she instead hinted at a possible plot development with her half-up look.

In a scene where she warns Jon Snow about how dangerous Queen Cersei Lannister can be, he says, "You almost sound as if you admire her." Sansa replies, "I learned a great deal from her." Fittingly, Sansa's braided style seriously channeled Cersei Lannister's hair looks from earlier seasons, as several Twitter users noted:

Is it me, or Sansa's hair looks just like Cersei's some seasons ago?#GameOfThrones

This detail is subtle, but it could signal that Sansa wants more power and may be a threat to Jon Snow, the King in the North (and her half-brother . . . as far as she knows).

Sophie Turner herself has said her character's hair is a clever plot device. "She's a very silent character . . . you don't really know what she's thinking," Sophie told POPSUGAR back in June. "The only real way we knew what she was taking in and learning from these people [is] because she would mirror Cersei's hairstyle or Margaery's hairstyle. . . . It's really interesting to see that sort of physical representation of her adapting to each situation."

If this Cersei-like hairstyle is any indication of how Sansa's storyline is going to this season, it looks like there'll be trouble in Winterfell.

Beauty News
Harry Styles Sent Lizzo His New Beauty Products, So Naturally, She Made an Unboxing Video
by Victoria Messina 6 days ago

Taylor Swift
We Know Her Missing Scarf Is Red, but What Is Taylor Swift's Natural Hair Color?
by Brittany Sims 1 week ago

by Princess Gabbara 42 minutes ago