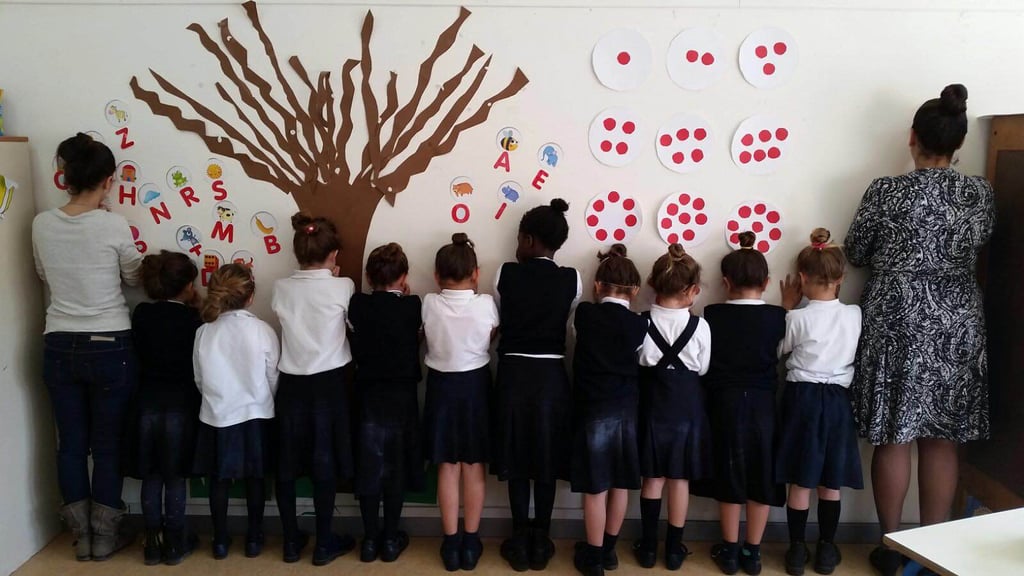 Many women of color face discrimination simply because of their hair's natural texture, sometimes being told that the way their strands grow out of their scalps is "unprofessional." Unfortunately, this prejudice can start far too young, affecting elementary school students as well as adults. So when first-grade teacher Alexondra Purnomo observed a student being bullied because of her natural hair, she and her fellow teachers changed the conversation in the classroom — and the result is truly inspirational.

Purnomo teaches in Rome, Italy, to a class of predominantly white Italian students. Sasha, a new black pupil, recently came to school without braids for the first time. "Some of the kids made fun of her for her short hair, so she started wearing a Winter hat to school and refused to take it off," she shared in a Facebook post. Purnomo, colleague Veruska Meloni, and their students discussed how everyone has different characteristics that make them special.

As a result, Sasha finally took off her hat, revealing a little bun. "The other teacher and I both put our hair in buns on the top of our heads saying it was the 'Sasha bun,'" Purnomo said. All of her students — girls and boys alike — ended up wanting their own topknot. The children all styled their hair to match Sasha's and took the above photo.

"We were able to come together as a class and bring a smile to Sasha's face after a long, tough week," Purnomo stated. "It gave me chills to see 19 kids come together to help one fellow student."

Not only are we impressed with how quickly Purnomo and Meloni reacted to the class's bullying (where were they when we were in school?!), but we're also inspired by how her students reacted. If adults start having these conversations about acceptance, perhaps we will live in a culture that embraces beauty diversity sooner than we had expected.

UPDATE, 4/8/16: Purnomo reported that Sasha returned to school wearing the Winter hat. However, after classmates cheered her on saying, "Ma Sasha, sei bella," ("But Sasha, you're beautiful!"), she removed it and showed off her hair the rest of the day. Additionally, several of the other girls came to class sporting the Sasha bun. Too sweet!

Wow! I'm so grateful and excited that the Sasha bun got so much attention! Never would I have thought my simple Facebook post would have gone viral. I've even had strangers message me thanking me for sharing this story.

For me this story is important because I come from a biracial family (Italian-American/Indonesian). I was fortunate enough to grow up around people who always accepted me for who I was. And that's exactly what I want for my students.

I went from teaching many years in the South Bronx, New York, where the majority of the school population was black/Hispanic to now teaching mostly Caucasian students. No matter what situation you find yourself in in life, there is always someone who is "different." These differences are what make each individual unique and special.

I really hope the Sasha bun sparks a deeper conversation both in schools and at home. I think it's also important to understand the difference between teasing and bullying. Teasing happens when kids don't understand something that is different from them. They giggle without realizing that it hurts someone else's feelings. When they don't learn about diversity, then it can turn into bullying. That's why it's up to us educators (and humans) to teach children awareness of this diversity. The earlier we teach that being different is what makes each of us special, the more natural it becomes in making our world a more tolerant and accepting place.

We were lucky enough to have our story heard by many but I know that many of my fellow teachers out there are doing just the same in their own classrooms. Trying to make a positive impact is why we do what we do!

Thanks again, Emily, for sharing our story!