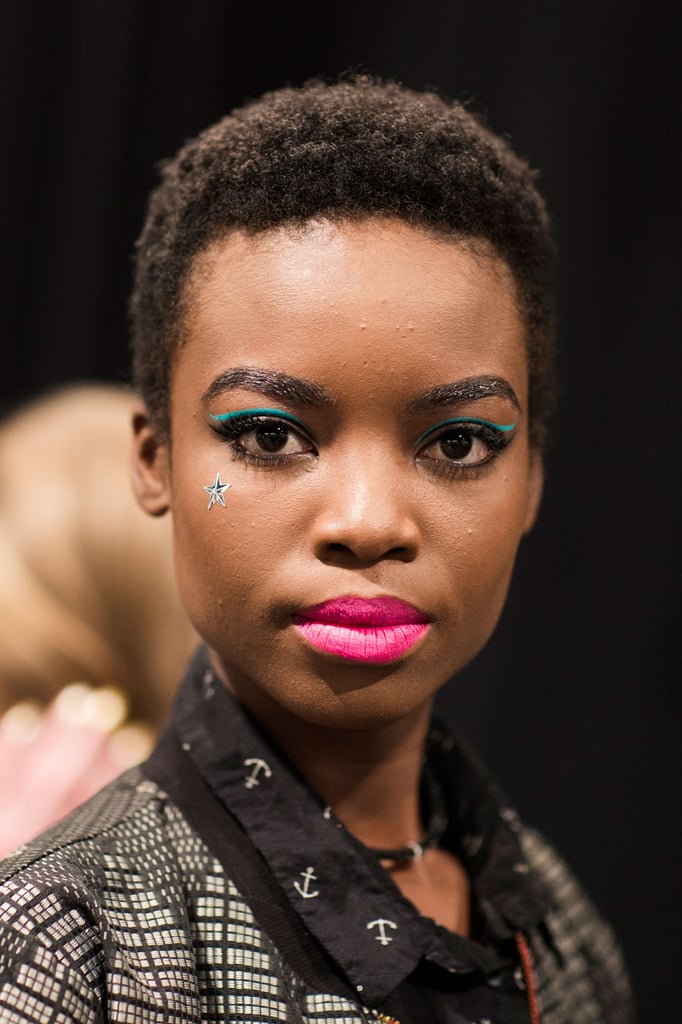 Why Every Curly Girl Should Get Behind the #SupportThePuff Movement

The curly, kinky, coarse hair that grows from a black woman's scalp is not something she chooses — it is something she is born with. We style our complex strands in a variety of cornrows, twists, braids, and puffs. But for centuries — and sadly, still today — we've been told that the way we choose to wear our natural hair isn't acceptable.

Men and women of color alike have been told that wearing their hair in its natural state isn't considered "professional" or as pretty as chemically treated strands. But now more than ever, people are not apologizing for their God-given kinks. I've worked among the most beautiful curls in the most professional of environments. And most recently, more models than ever have been seen flaunting their curls on the runways during New York Fashion Week.

For a moment, I felt that seeing all these glorious curls on the catwalk was a light at the end of the tunnel for women with natural hair. But my joy was slightly dimmed after learning that a group of girls from a high school in the Bahamas were suspended for wearing their natural strands in a puff.

According to the school's principal, T. Nicola McKay, the suspension was due to the students' manes being worn left out and looking "untidy and unkept." McKay declared that this is a recurring problem that the school is trying to control. Turkessa Deleveaux, one of the student's mothers, took to her Facebook page to express her anger about her child being suspended for wearing her natural hair. She urged parents to encourage their kids and "support their puffs."

The phrase sparked a viral hashtag. Men and women took to their social media feeds to share pictures of their curls in support of the students. A petition was even started, asking Bahamian voters to consider the damaging effects of telling young children that their hair isn't good enough.

While seeing all the images of people fighting back with their natural strands is truly empowering, the suspension of these students only proves that the world still has strides left to take to break down unrealistic beauty standards. Hopefully the rise of the #SupportThePuff movement will inspire all women of all ages to unapologetically love the hair and skin they were born with. Read on to see more of the powerful tweets.

Previous Next Start Slideshow
Beauty NewsNatural HairTwitter
Around The Web

Celebrity Instagrams
Chika on How PCOS Affected Her Skin and Confidence: "It's Something I Do My Best to Manage"
by Chanel Vargas 47 minutes ago

Kristen Bell
Kristen Bell Wants to Make Self-Care Affordable Again: "It's Not Fair That Rich People Get the Good Stuff"
by Kelsey Castañon 5 hours ago