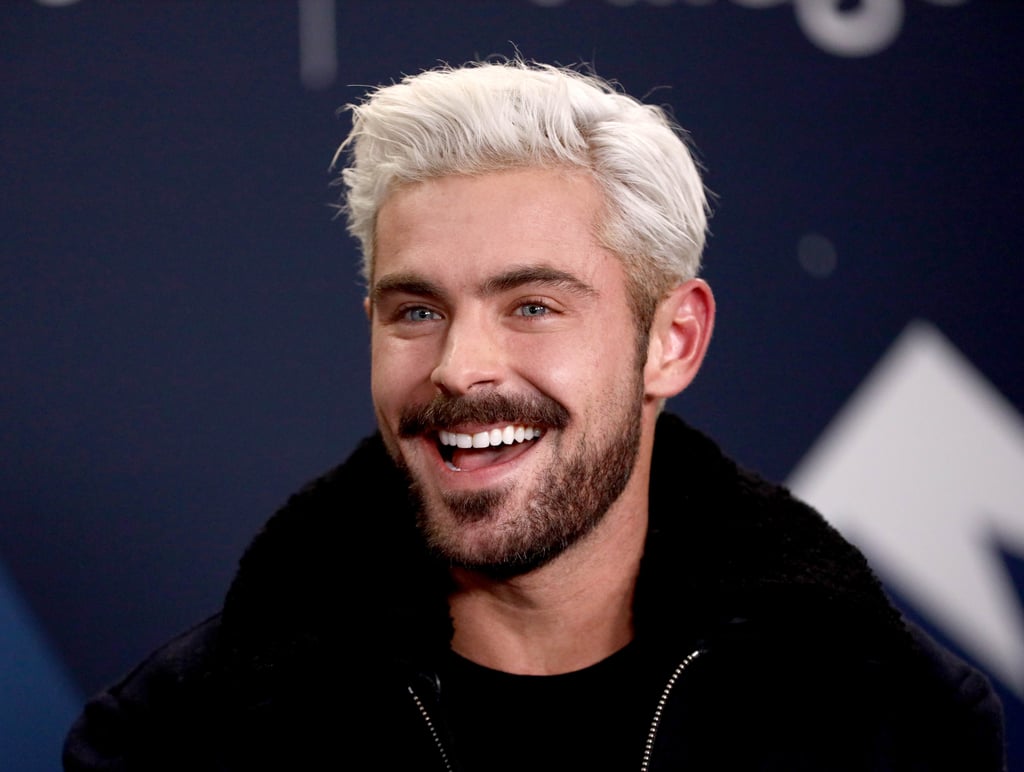 Zac Efron's Bleached Hair Finally Made a Public Debut, and We Almost Didn't Recognize Him

To be frank, Zac Efron's been making me weak in the knees since his High School Musical days. But lately, he's been looking hotter than ever, thanks to a few grooming changes. Last year, the 31-year-old actor sprouted a scruffy beard that renewed my love for facial hair, and this month, he kicked off 2019 by going platinum blond. New year, new hair, am I right?

On Jan. 9, Efron shared a quick first peek at his bleached hairstyle while posting a rock-climbing photo on Instagram. In the snap, a few wisps of his lightened hair poke out from under a black beanie while he grips to a wall and shows off his bulging triceps (deltoids? biceps? I don't know much about muscles, OK). Nearly two and a half weeks later, the Extremely Wicked, Shockingly Evil and Vile star went public with his hair switch-up at the Sundance Film Festival in Park City, UT. We almost didn't recognize him at first because his hair was way lighter than we anticipated, providing quite the stark contrast to his dark beard.

This isn't the first time the natural brunette has dyed his hair. Back in 2016, he had blond highlights while filming Baywatch, though he was back to brown come 2018. Keep reading to check out a few of Efron's other hair transformations and to admire his new blond hair in all its unmissable glory.