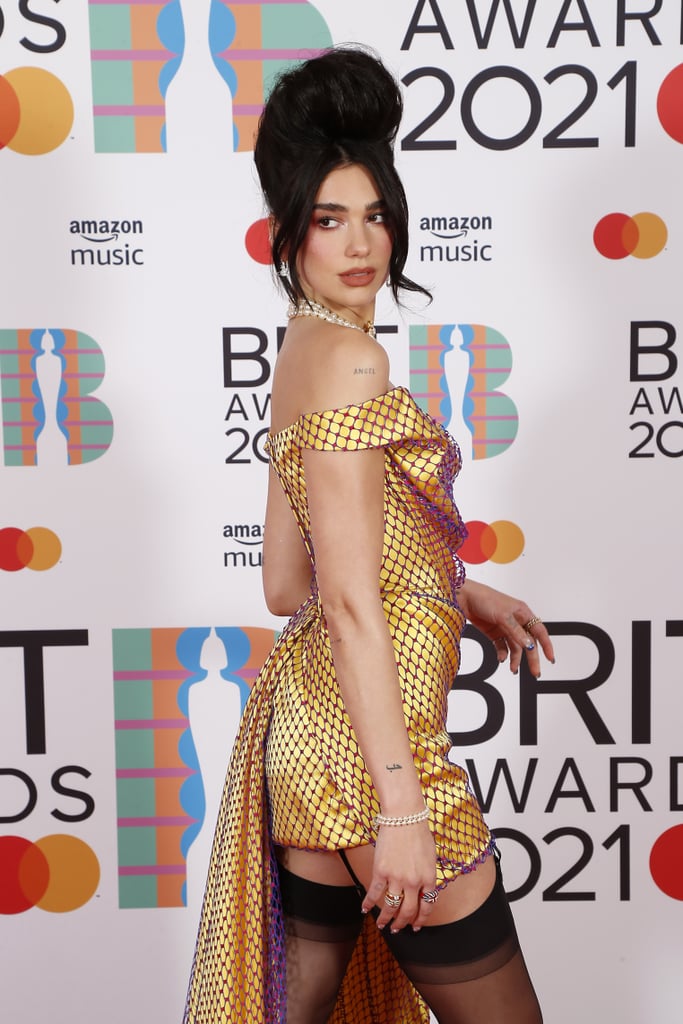 Will the Bouffant Become the Latest Retro Hairstyle to Make a Comeback?

There have been a lot of surprising comebacks in 2021 so far. Low-rise jeans and babydoll tops. Sex and the City and Space Jam. Ben Affleck and Jennifer Lopez. Still, the return of the bouffant hairstyle on the red carpet may just be the most unexpected of them all (because we all saw Bennifer coming, right?).

Extremely popular in the 1950s and '60s, this style (which comes from the French word bouffante, meaning puffed out) is a hairstyle that's raised high on the head and features a rounded shape. Iconic bouffant wearers of the past include Brigitte Bardot and Lisa Marie Presley, but besides singers like Amy Winehouse and Adele adopting it as part of their musical personas, the hairstyle has never truly made a resurgence since the mid-20th century. Instead, it was a hair trend strictly relegated to pop culture of the past — that is, until 2021 came along.

This year, we've seen bouffant after bouffant on the red carpet courtesy of stars like Dua Lipa, Anya Taylor-Joy, Ariana Grande, and Aimee Lou Wood. While some people are surprised by the return of this '60s-inspired hairdo, hairstylist Sam McKnight — who has worked with everyone from Princess Diana to Kate Moss and created quite a few bouffants backstage at Fashion Weeks over the years — is not. "There's always a '60s fashion resurgence going on. I guess it's because the '60s was the last period where people spent a lot of time on their hair and when there was one style that everyone wore. The late '60s, early '70s was about freedom and doing what you want, so people hark back to that because it was the last time we saw really done hair."

Turns out, the '60s wasn't the first time the world became bouffant obsessed. Voluminous hairstyles first came into fashion in Europe around the 1770s and 1780s with the help of Marie Antoinette and her hairstylist Léonard Autié. Together, the two created numerous lofty and extravagant updos, some adorned with feathers and flowers, and one even topped off with a model of a ship to honor a French naval victory. In the early 1900s, volume was back in style when the Gibson Girl (named so due to the drawings of illustrator Charles Dana Gibson) of the era wore an upswept bouffant that finished in a chignon at the crown of the head. Extreme volume then began to resurface in the 1950s with the introduction of rockabilly culture. "The hairstyle started [taking off] in the late '50s with the Teddy Boys and Teddy Girls in London," McKnight said. That style was nicknamed the pompadour, so called after Madame de Pompadour, the royal mistress to Louis XV who wore her strands curled and pinned backward. By the end of the 1950s, people's hair kept getting bigger and bigger thanks to the invention of hairspray, until you had the oversize styles that we've come to associate with the bouffant today. "In the '60s [the bouffant] was the look of all the pop stars — Dusty Springfield, The Supremes, The Ronettes — it was very rock 'n' roll."

With its origins in rock 'n' roll, it's no surprise that the bouffant has continued to be popular among musicians well into modern times. In the late '70s you had Cindy Wilson and Kate Pierson of The B-52s (the band name actually refers to a particular beehive hairdo resembling the nose cone of the aircraft), Amy Winehouse and Adele in the early 2000s, and now Lady Gaga, Dua Lipa, Andra Day, and Ariana Grande in 2021. "I guess when you get right into it, [the bouffant] was about showing off," said McKnight. "It was about saying, 'Anything you can do, I can do higher, I can do bigger, I can do bluer.' And the rock world is all about excess, and all about doing it bigger and better than the next person. It definitely can have a competitive edge."

Part of the bouffant's appeal, regardless of what era you're living in, is that adding volume to the top of the head creates a very flattering silhouette. "I think a bit of height always makes people feel a bit taller, and a bit grander, and a bit more 'done,' if you like," McKnight said. He added that you might make it super coiffed and dramatic or play it down a bit and make it more casual depending on your personal style. "It's all about the silhouette, so it's a style that works for pretty much everyone, regardless of hair texture."

A bouffant can be worn with an updo, like Dua Lipa did, a ponytail, or a half-up hairstyle. "The modern way to do them is to have it kind of undone and not too perfect," McKnight said. "I think when it's a little bit punky — when the texture is not too finished and not too curled and set — and you're really concentrating on getting that volume on top, then it doesn't matter if there's a few hair pins showing and it's falling out a little bit."

However you wear it, though, the key is to build up volume. To re-create the look at home, start with a light wave, which means breaking out a large curling iron if you have straight hair, or blow-drying your hair smooth if you have curly hair. If you're looking for a quick way to go about it, blow-dry three sections of hair at the top of your head and roll into three large Velcro rollers, leaving the hair to completely cool before removing them. Next, mist your roots and the hair at the crown of your head with texture spray, like Hair by Sam McKnight Easy Updo Spray ($30). Separate hair at the top of the head into slim sections and backcomb gently with a comb. Smooth the surface with a soft bristle brush, create your style (updo, ponytail, or half-up), and finish with a final mist of hairspray.

For some our favorite takes on the modern bouffant hairstyle, click ahead.

Zendaya
Zendaya's Hair Looks Like a Bob From the Front, but Wait Until You See the Back
by Jessica Harrington 2 days ago