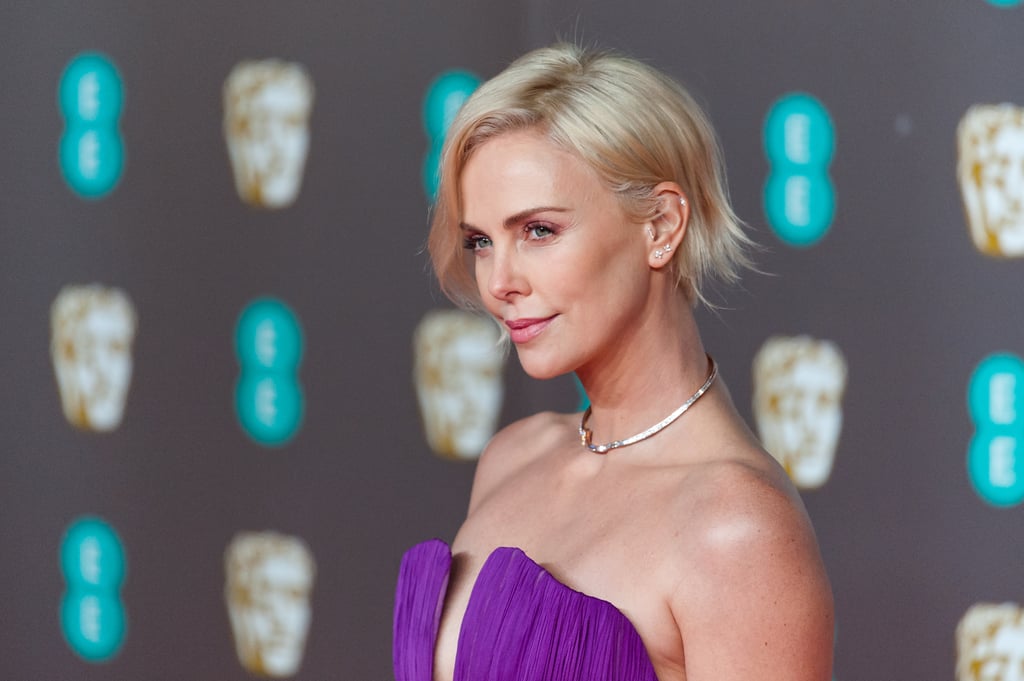 A bowl cut, fake baby bangs, a brunette bob — you name it, and Charlize Theron's probably rocked it at one point. The latest addition to her ever-growing list of beauty transformations? Curly red hair. On Tuesday, Theron provided a glimpse at her new look while introducing fans to Lady Lesso, the character she's set to portray in Netflix's The School For Good and Evil, an upcoming movie based on a book series of the same name. For her role as dean of the school for evil, Theron has voluminous, shoulder-length, side-parted hair in a fiery orange color — and it should hardly come as a surprise that she looks incredible, per usual.

Theron's go-to hairstylist, Adir Abergel, is responsible for her Lady Lesso metamorphosis, although he has yet to specify whether actual hair dye was involved or it's simply a very convincing wig. While sharing the fruits of his labors on Instagram, Abergel wrote, "The secret is out why I've been locked in Ireland. There aren't many people I would have quarantined for....but for Lady Lesso, I would do anything. It has been so much fun creating this look with my genuis boo @charlizeafrica."

Ready to admire Theron's double-take-worthy red hair color in all its curly glory? Read ahead, and join us in counting down till Netflix drops The School For Good and Evil's trailer, so we can have an even closer look.