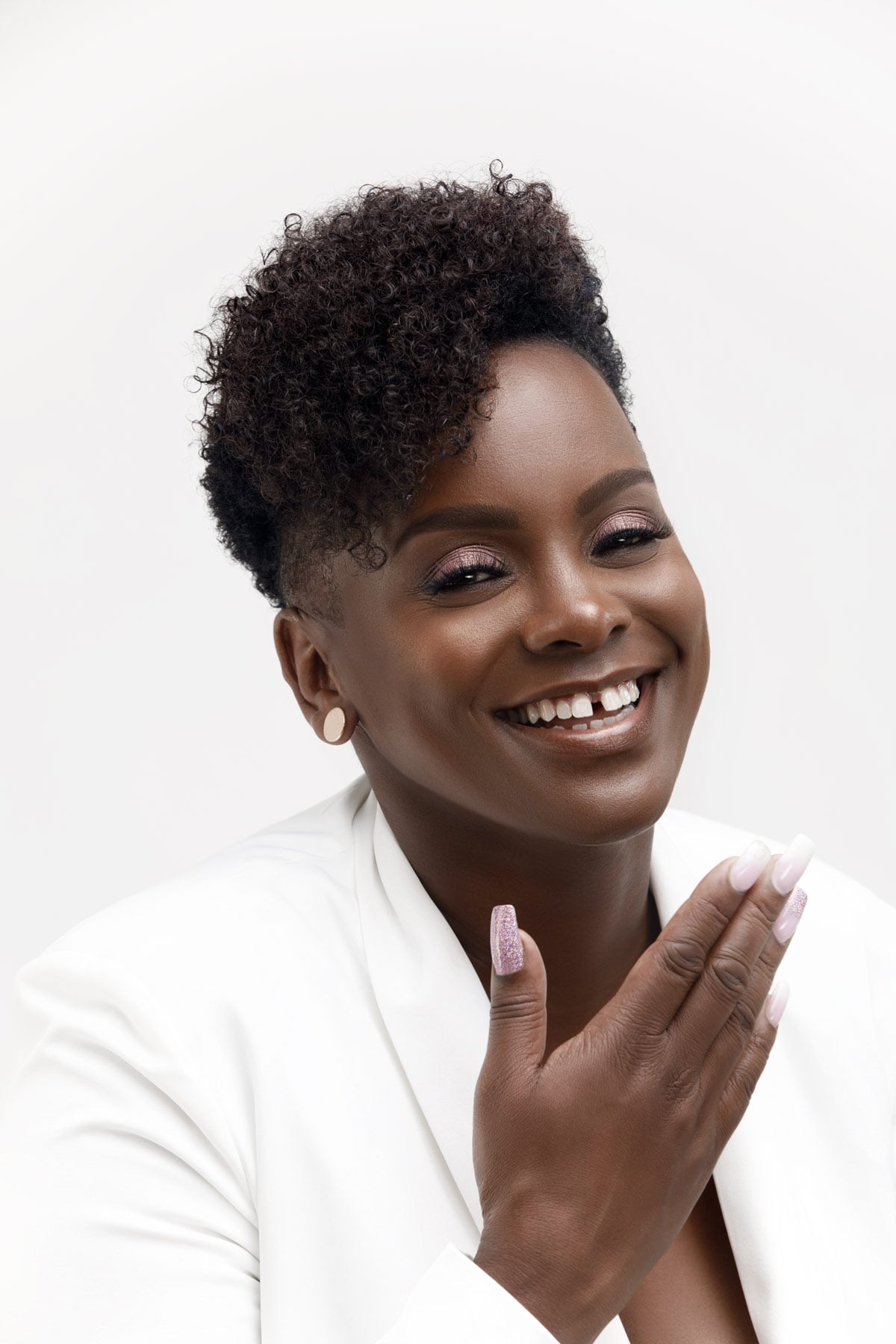 Too often, the best beauty stories go Untold, solely based on a person's skin color, religion, gender expression, disability, or socioeconomic status. Here, we're passing the mic to some of the most ambitious and talented voices in the industry so they can share, in their own words, the remarkable story of how they came to be — and how they're using beauty to change the world for the better. Up next: Dionne Smith, hairstylist and founder of Signature By Dionne Smith and the Ebony Afro hair training doll.

My hair journey started at a very young age. My dad was Jamaican-Caribbean and he was a lot older — he's not with me anymore — but he was one of those really old-school, traditional people. He used to set chores for all the children, and I have two younger sisters, and my weekly chore on Sundays was to wash both my sisters' hair, blow-dry it, and plait it before they went to school. At first, when I was around 12 or 13, I didn't want to sit around and do my sisters' hair, but the more I did it, the more I started to fall in love with it. That's when I started to learn to braid and I got creative with it.

People started telling my sisters, "Oh my gosh, your hair looks so good," and the moms would say, "Where did you get your hair done?" and my sisters would tell them it was me. Before I knew it, I was doing hair for friends from school and moms would bring their children to me. I was making my own money from a really young age — paying for my own lunch at school, buying my sneakers. I also started to fall in love with hair.

I've always been really business savvy so I made up these business cards and as women were getting on the bus, I'd be giving them out.

Even though I was making money as a child and it was fun and everything, for some reason, I didn't think hairdressing was going to get me to where I wanted to be; it wasn't going to give me the life that I want. As a child, you're always taught to grow up and be a doctor, a lawyer, a dentist — that was drummed into my head. I didn't really know much about the creative industry, I just enjoyed it.

I started doing all kinds of jobs; I drove a bus, I worked in a pub, I worked in retail. At the time, I didn't realize how lucrative hairdressing was but I kept getting pulled into it. It was something I had always done on the side, but then I thought, I need to make some more money, I want to start taking hairdressing more seriously.

I've always been really business savvy, so I made up these business cards and as women were getting on the bus, I'd be giving them out. From that, my business just grew and grew, to the point where I was getting burnt out because I couldn't keep on top of it all, plus raising three boys as a single mother. I went part-time at my day job and slowly built up the hair gig on the side until I was making enough money to be able to do it full-time. 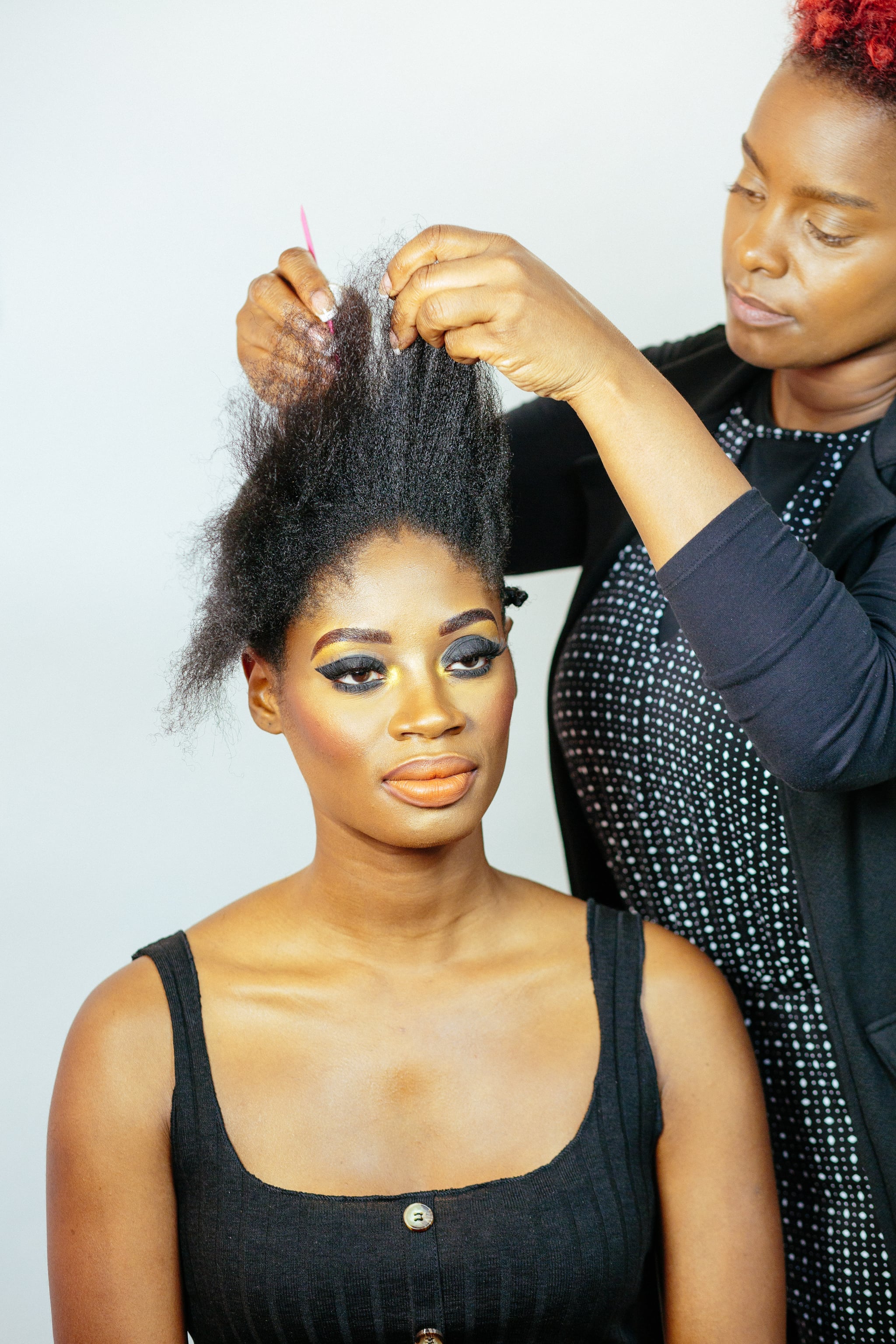 After that, one of my neighbors, who initially thought I was a spy because she was seeing all of my clients coming in and out of my house, stopped me on the street and asked if I'd do her hair. She quickly became a regular client and our relationship got so tight that she put me in my first salon.

She would always inspire me and say, "I think you should open a shop, you're amazing, look at all these creations," and I'd reply, "I'm just not in a position to do that, I wouldn't know where to start." She kept saying she could help me until one day she said: "Dionne, what do you need? Like $13,000? There's a shop literally on our street, go and speak to the manager and see if he'll give it to you." I thought she was joking at first and I kept saying that it didn't feel right but every time she came in, she'd say, "I feel like you can do this." I spoke with my friends and they told me I should do it. So, I said to my neighbor, "OK, I'll take the money under the condition that while I'm paying you back this money, I'll give you free hair care," and we agreed on those terms. She's still my neighbor now.

That's why I really believe that you can try to run away from your gifts or run away from what's destined for you, but it'll come and find you. From there, everything started to fall into place. I started with the original salon, then outgrew that, went around the corner to the main road, and opened up a bigger shop there, which had six seats for styling, two beauty rooms, and two nail spaces.

It's really hard for me, even now, to swallow that Afro hair is not a mandatory module in education — whether you want to learn it or not.

One day, a lady named Alex Box, who is a makeup artist, came into my salon. I didn't have any idea who she was, but she wanted hair extensions. She later told me that she struggled to find someone who could put extensions in properly, and she was telling me how big it is in the market. I had no idea; I was just so focused on Afro hair. She introduced me to her agent, who then asked me to assist some of their stylists, one of whom was Malcolm Edwards. I started to assist him at all of these London Fashion Week shows and it was another world. I was blown away.

From there, people just kept encouraging me. I went on to win Sleek's Best Cornrow Based Weave — Weave Wizard Award, and after that it got me thinking maybe I should enter the Wahl Awards. I did, and I won best braids. It gave me a lot of confidence.

It got me thinking that I didn't just want to be a salon stylist, I wanted to do everything. I wanted to do hair wherever hair was needed. But after a while, it got to a point where I started to get a little overwhelmed because I was doing a lot of freelance work as well as being in the salon. I had to make a choice. I thought, It's my time to shine now. I want to fly a bit now, so I shut shop. I made the decision to close the salon down and go freelance full-time. It was the best decision I've made in my life.

I spent so much time building my career, but then COVID-19 hit. I thought to myself, OK, Dionne, what's next? I'm not sitting down doing nothing, I'm going to make this happen. I wanted to launch my own line, so I came out with my straighteners and my beauty brand Signature By Dionne, but I also wanted to create an Afro training head.

It's really hard for me, even now, to swallow the fact that Afro hair is not a mandatory module in education — whether you want to learn it or not. It's always troubled me because you wonder, how can you call yourself a hairdresser if there are hair types coming into the salon that you can't do? To me, you're not a fully qualified hairdresser. The thing is, I'm not blaming anyone; a lot of other stylists want to learn Black hair but they're scared to mess it up. But then what do they practice on? Where do they learn it? There's no one to facilitate their learning. I thought to myself, this is the time for me to bring Ebony, the Afro doll training head, to the world and try to help those people.

I get so many emails from moms with mixed-race children that have never seen or touched textured hair in their life. They don't even know what to do with their child's hair or where to start, and the children then grow up with issues and complications because of these things. That's why Ebony is so much bigger than just an Afro doll if you think about the entirety of what it represents. It's not just hair. There's so much culture attached to our hair. The conversation around Afro hair — I'm fighting for it. 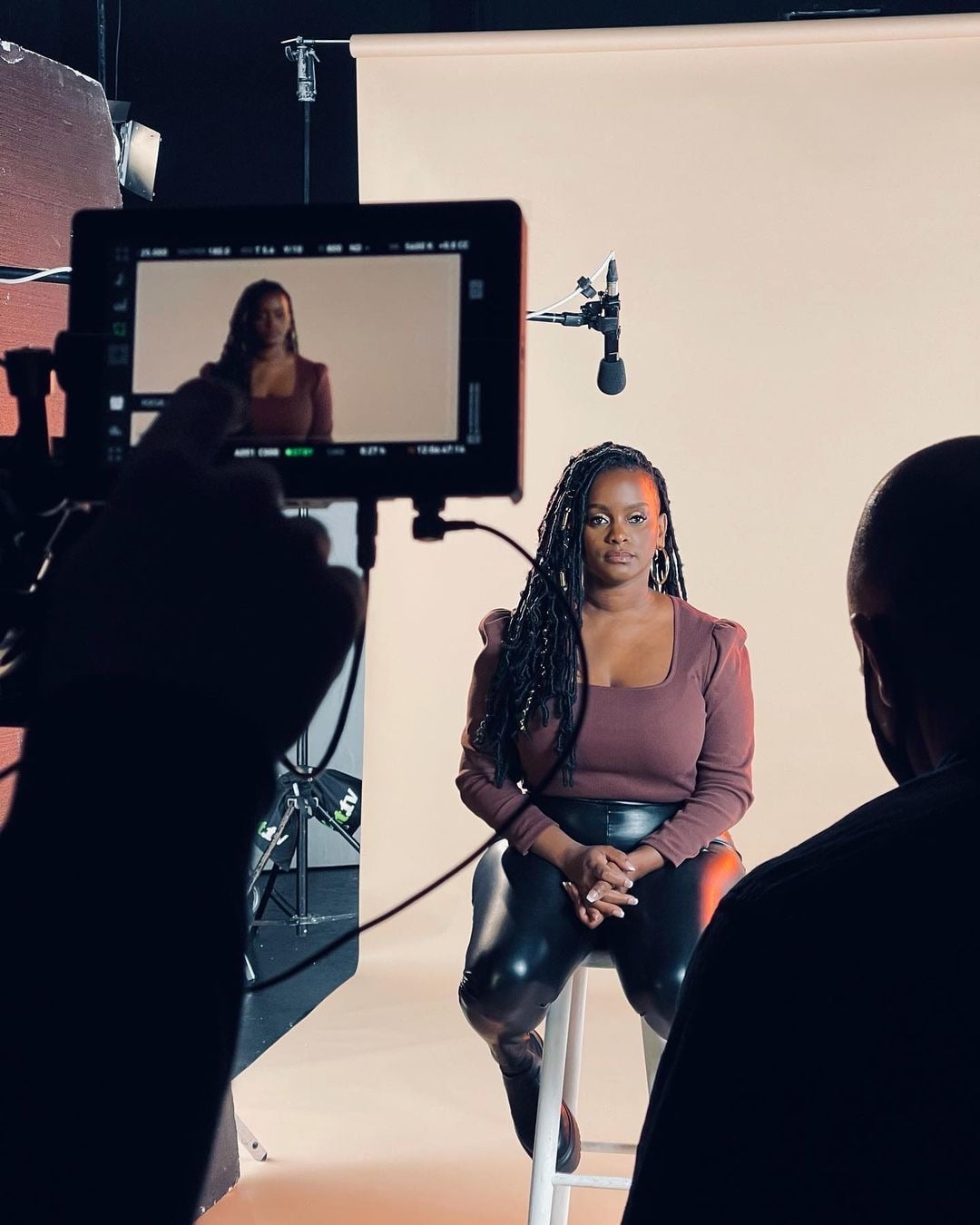 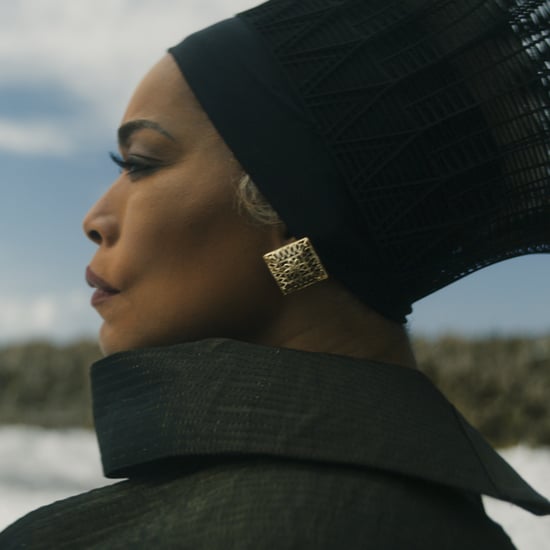 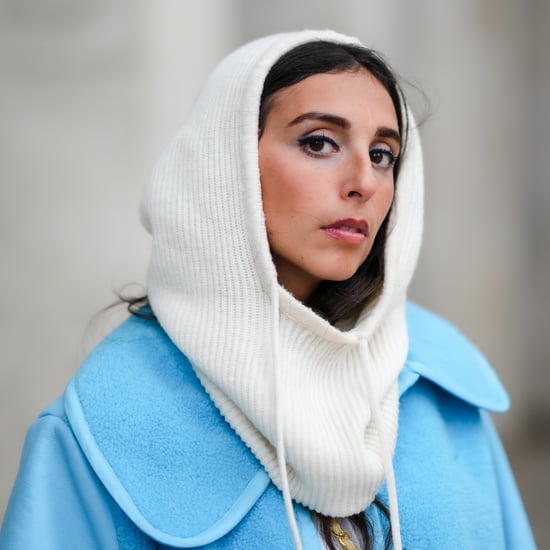 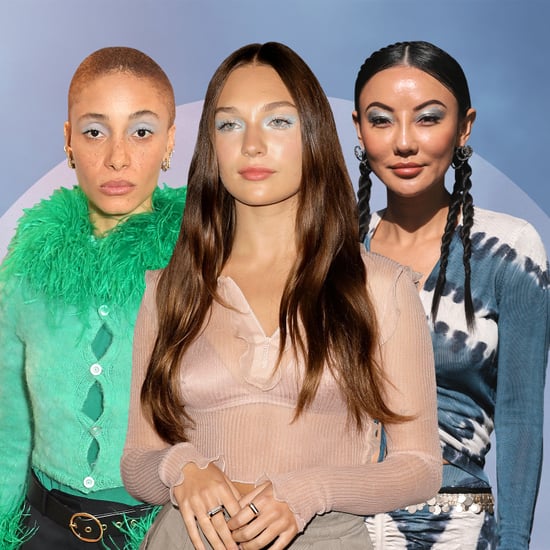