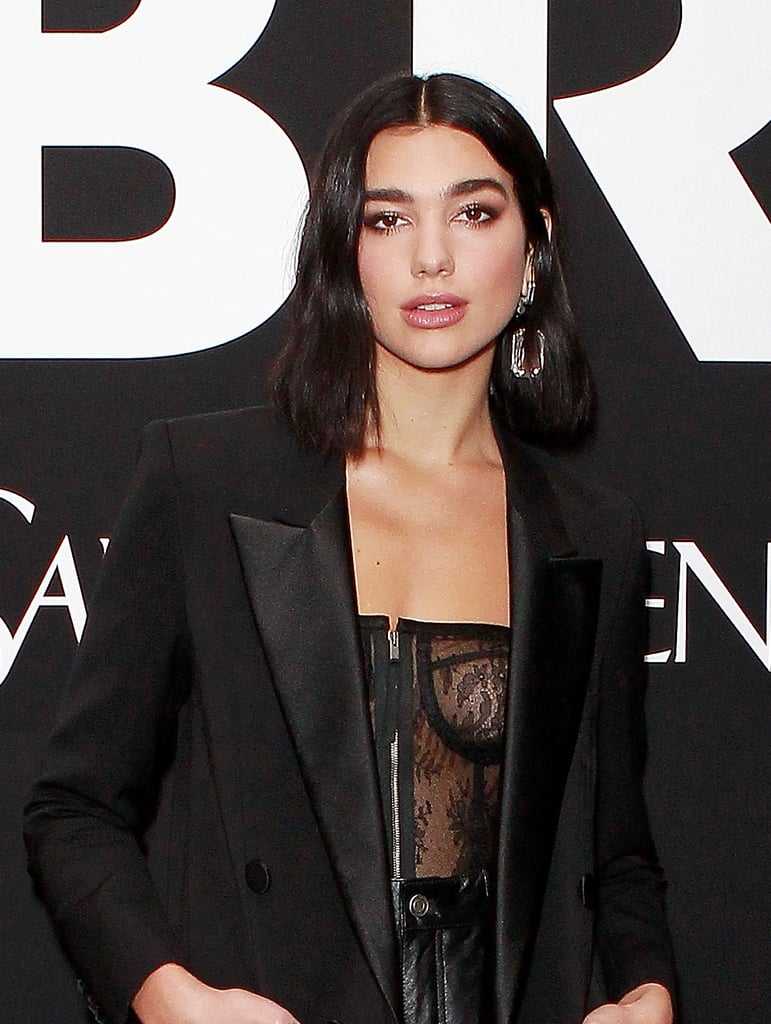 Dua Lipa just teased her upcoming album . . . but that isn't the only thing that has us excited. The singer also revealed a fresh new shade of blond hair in a series of Instagram photos announcing the new music.

Fans of Lipa might remember the singer's platinum blond hair for her 2018 music video for her single "Electricity" or her appearance at the AMAs during the same year, but her new hue isn't quite as bright. It's actually similar to the "wheat blond" shade, which is a warm and buttery golden blond, according to London-based colorist Jack Howard. Howard claims it's the perfect hue to head into Fall with, especially if you plan to lighten your hair to platinum toward the end of the year when the look is most popular.

We can only hope it's permanent. Lipa's signature look has become her short, dark blunt bob, but the singer has been switching up her hair in the last few months, revealing everything from bangs to vibrant-colored wigs. Check out her new hair color, ahead.