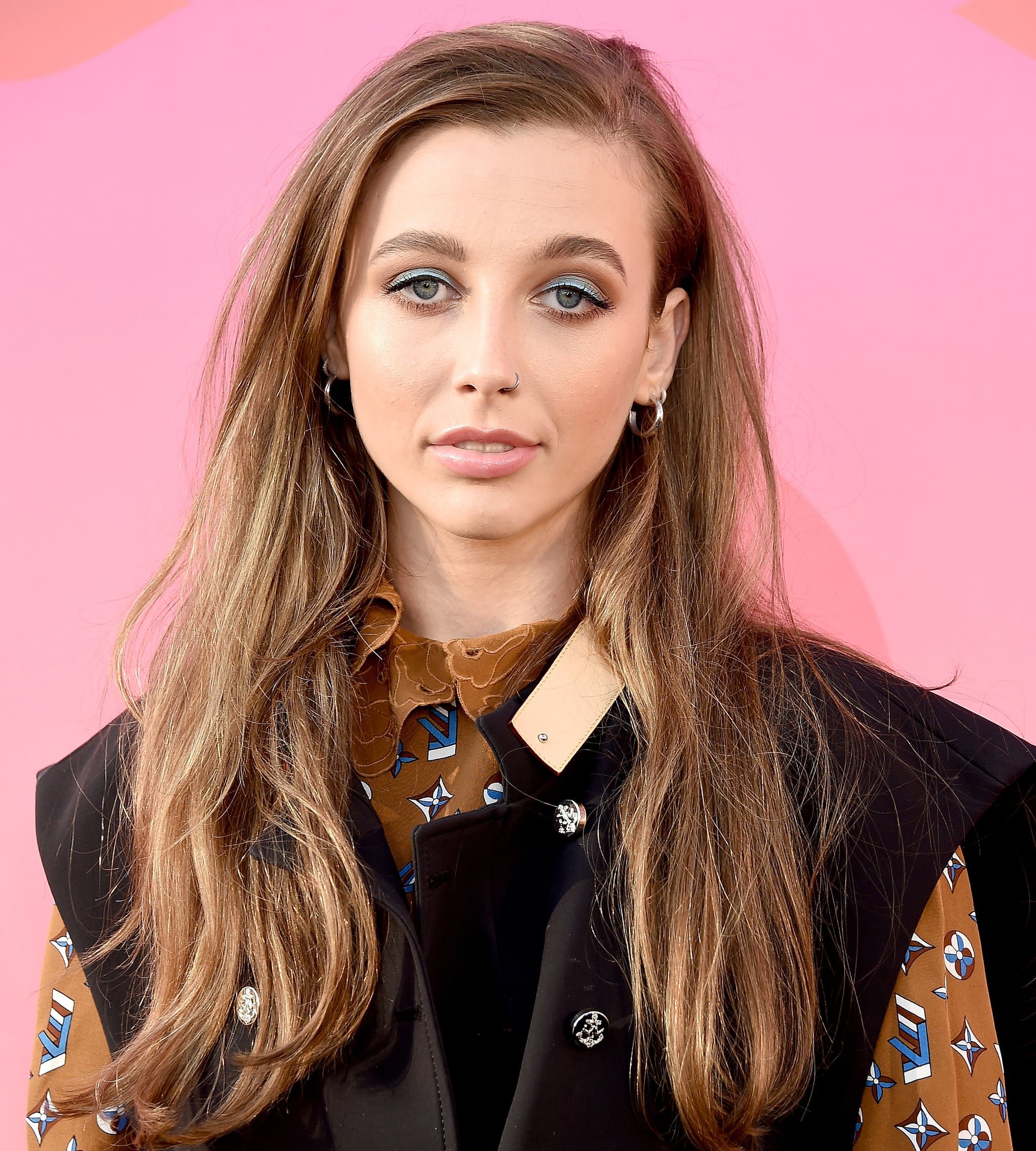 Emma Chamberlain has officially joined the redhead club. After paying a visit to celebrity makeup artist Kelsey Deenihan and celebrity hairstylist Laura Polko on Thursday, she revealed a whole new look — this "code red" hair color and bronzed makeup to match — and it's giving us major The Queen's Gambit vibes.

After the Netflix original took the world by storm back in October 2020, it didn't take long for Beth Harmon's signature fiery red-orange color to catch on — now it's one of the biggest hair trends of the year. Chamberlain is joining the likes of Gigi Hadid and Chloe Bennet, who both recently dyed their hair this vibrant shade. For Chamberlain, who previously had dark brown hair, it's a small but noticeable change. Now, if you'll excuse us, we're going to go phone our stylist to see if we can copy this "rust" color, too. 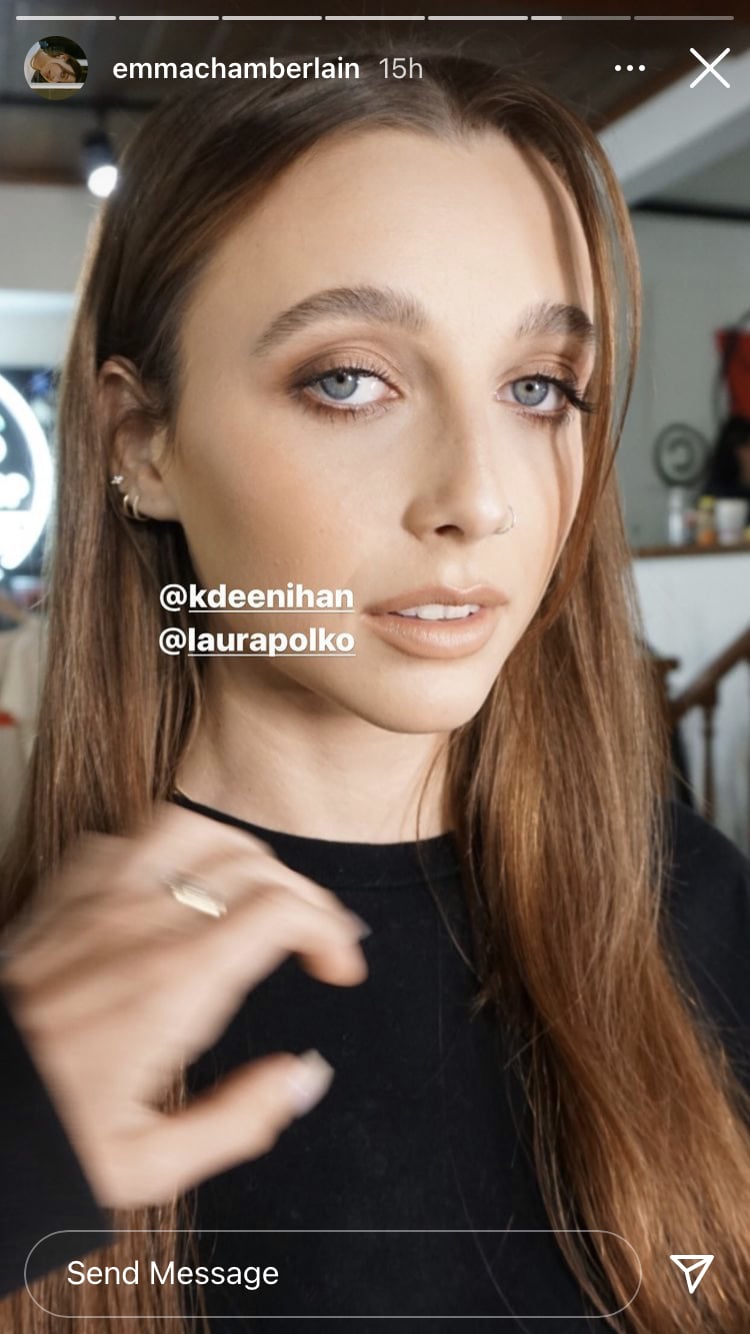