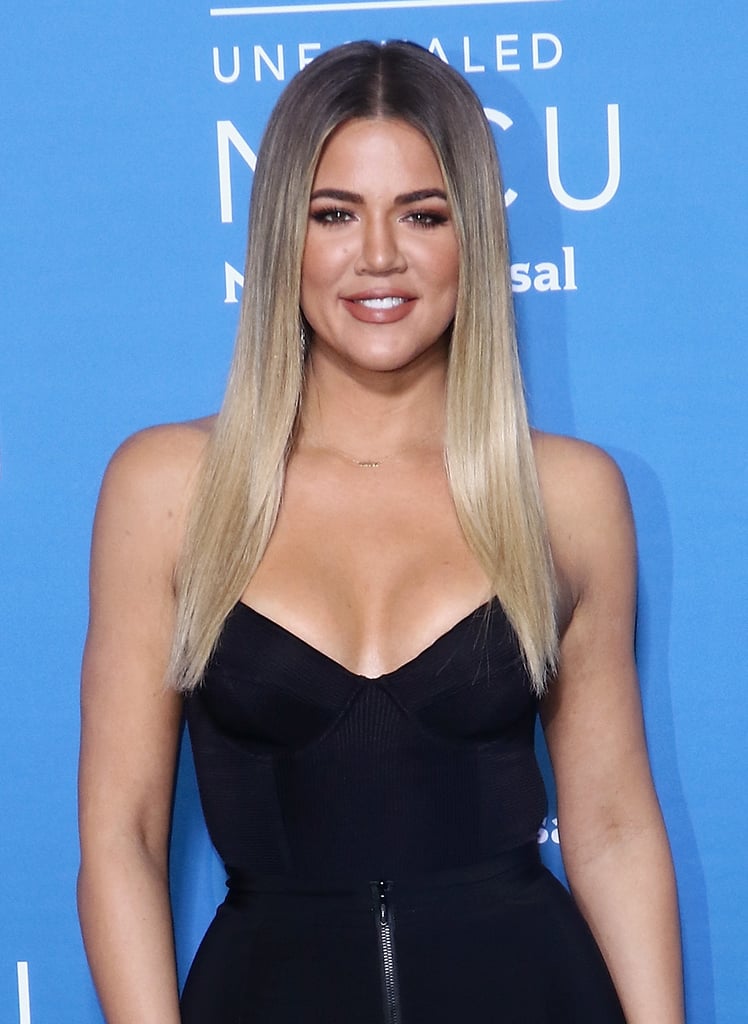 If you follow Khloé Kardashian, you'll know the reality star and Good American designer has experimented with numerous inspiring hairstyles this year, from a shoulder-length cut to extralong ponytails. Her latest one is just as memorable, as she debuted an inverted bob.

Kardashian posted a series of photos of her with the look — paired with neon makeup and a white manicure — on her Instagram feed and Story. She tagged hairstylist Clyde Haygood in the post, who presumably created the look for her.

An inverted bob (also known as the reverse or A-line bob) is a version of the short hairstyle with ends that start shorter in the back and get longer toward the face. While the haircut has been popular in the last decade, hairstylist Linet Keshishian previously told POPSUGAR that you can make it more modern with how you style it. With "glass hair" — a term coined by Chris Appleton to describe hair that is so shiny, it has a mirror-like finish — taking over Instagram this year, this sleek version is one way to take the look to 2019.

Related:
Marsai Martin's Colorful Take on Fall's Biggest Makeup Trend Will Convince You to Try It

Back in February, Kardashian debuted the shortest haircut we've seen her with: the previously mentioned shoulder-length hairstyle, which she ended up cropping shorter into a bob haircut. The sleek inverted bob is the perfect hairstyle to end the year with.