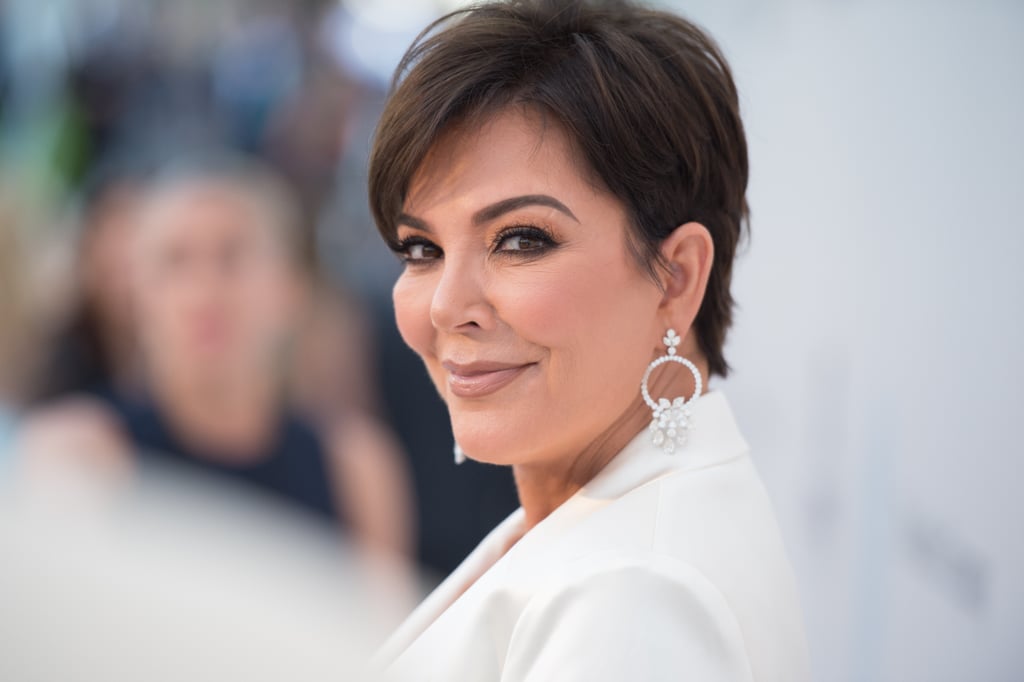 Kris Jenner Trades Her Signature Pixie For a Bob With Bangs

Kris Jenner was recently spotted with a new look. At Tuesday night's Kylie Cosmetics x Kendall Jenner launch party, the momager, who's known for her sleek, dark pixie, revealed that she'd swapped her signature look for a fresh bob with wispy, brow-grazing bangs. The businesswoman debuted her latest hairstyle on her Instagram Stories on April 5, applying lip gloss from her daughter's new collection while makeup and hair artist Etienne Ortega put finishing touches on her look.

Since she was just seen sporting her short cut while promoting the upcoming "The Kardashians" show — and even Kris Jenner can't make hair grow that fast — it appears that the look is temporary. While she's worn wigs and bobs in the past — like her platinum-blond blunt bob at the 2019 Met Gala — the Jenner has rarely strayed from her jet-black pixie.

Megan Fox, Selena Gomez, and Tinashe are among other celebrities taking bangs for a spin. Kris also isn't the only Jenner to switch up her hair recently — Kendall became a redhead at Milan Fashion Week at the end of February and has continued to sport the coppery-red even after fashion month. Ahead, see more photos of Kris Jenner's transformation.