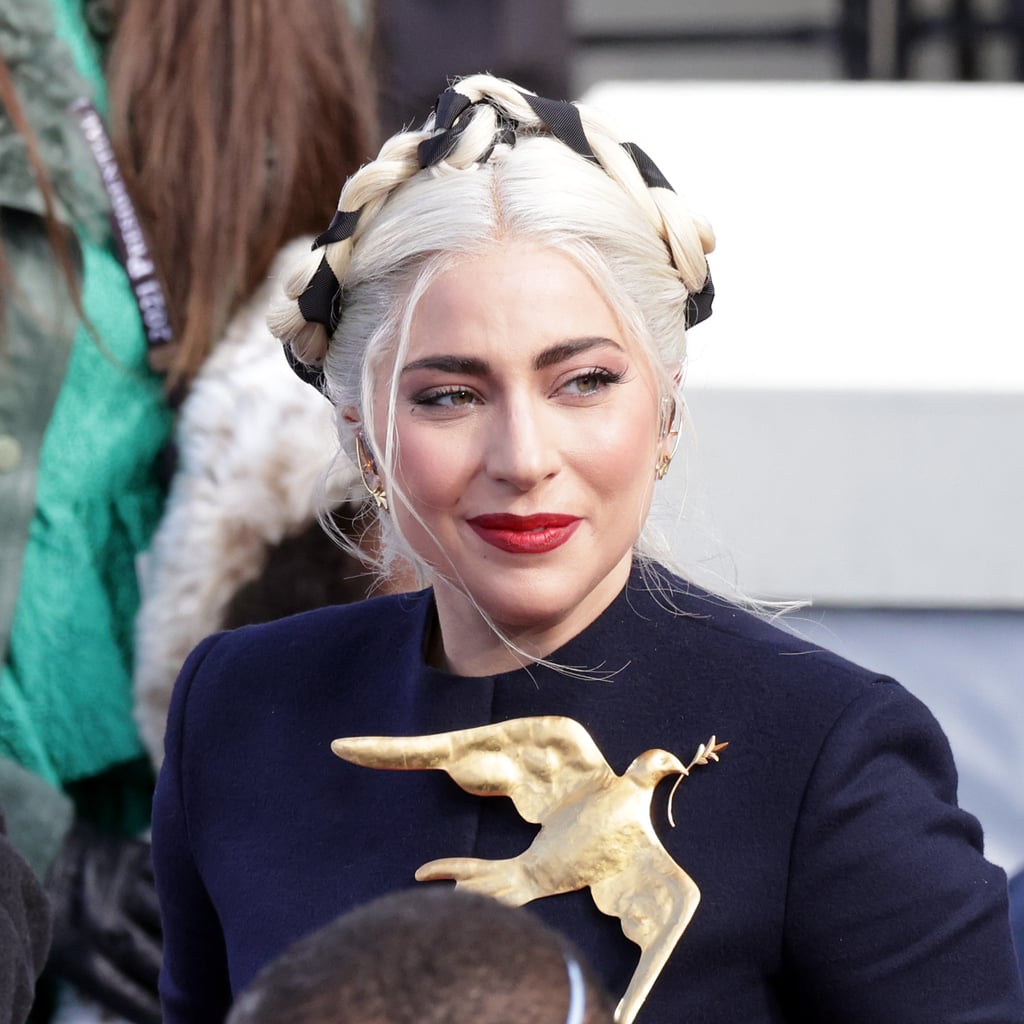 The inauguration of Joe Biden as the 46th president of the United States on Jan. 20 has been long-awaited and highly anticipated. The event means far more than just welcoming a new president — it's symbolic of a hopeful, new beginning. In addition to fellow politicians, celebrities like Lady Gaga and Jennifer Lopez — both of whom were vocal supporters of the Biden-Harris campaign from the start — were also present.

Gaga was the first to perform during the swearing-in ceremony, singing the "The Star-Spangled Banner." Never one to shy away from making a bold statement, she wore a custom navy and red Schiaparelli Haute Couture jacket and skirt ensemble designed by Daniel Roseberry, with her hair woven in braids that were pinned into a crown. Intertwined in the hairstyle was a black ribbon that contrasted against her platinum blond hair. It's a second-day hairstyle for Gaga, who posted a photograph on Instagram on Jan. 19 in the same beauty look, but our favorite detail of the look had to be when she turned around. At the back of her head, she wore two red flowers near the nape of the neck that tied in with the colors on her skirt.

Gaga's inauguration outfit immediately follows the singer's decision to wear an all-white suit as a nod to the Suffragette Movement the day before when she arrived in Washington D.C.