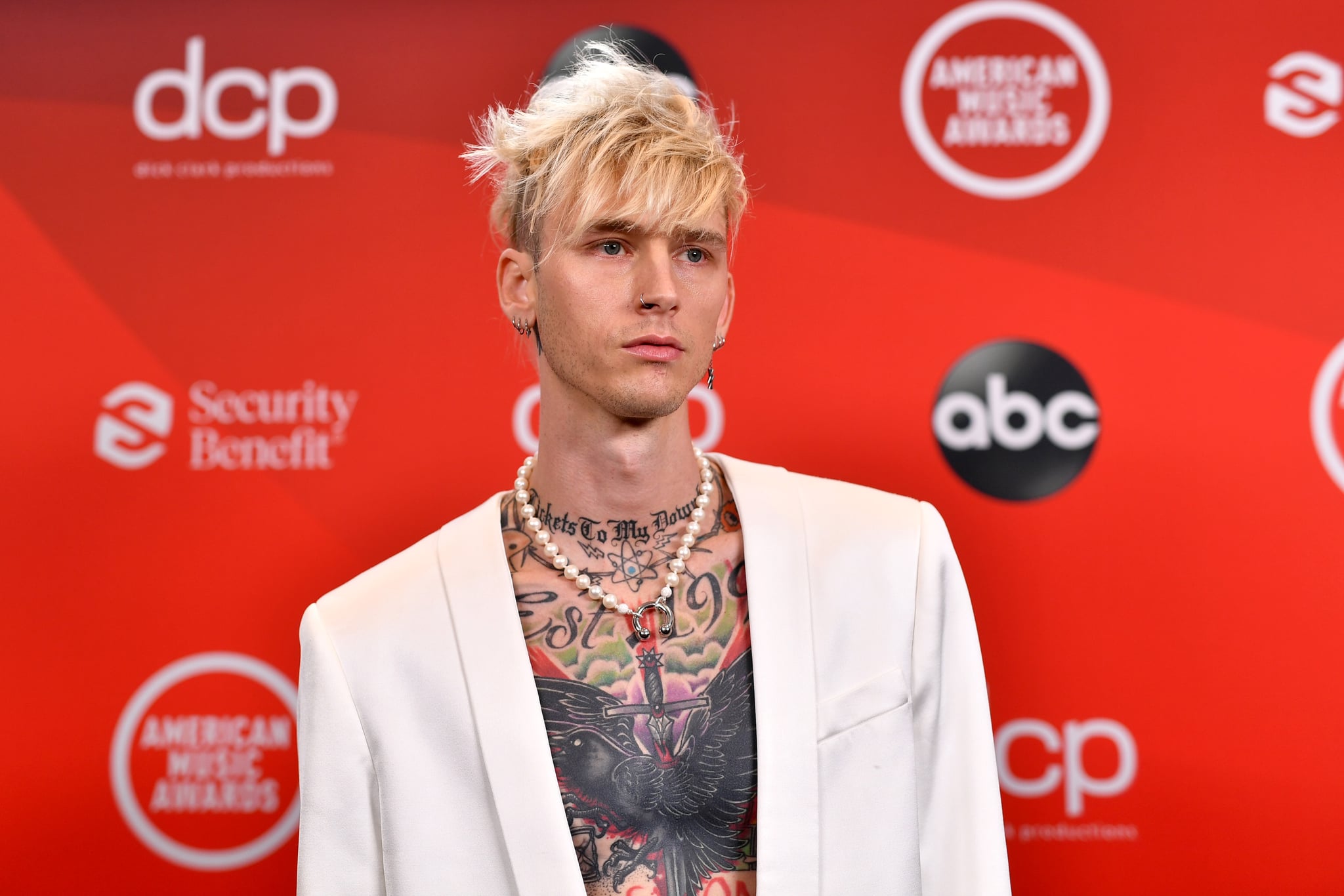 Machine Gun Kelly isn't exactly new to wearing nail-art designs. At this point, he's graced several red carpets and live performances while wearing metallic polish colors and intricate designs on his fingers, so that would likely explain what's inspired his newest project. The musician is diving into the beauty space for the first time with a collection of unisex nail-polish colors called UN/DN. According to Page Six, the new line is being created in partnership with Unlisted Brand Lab.

"We're honored to be working with MGK on this rare opportunity to build a brand that will progress a category to embody a cultural shift that has been a long time coming," Candy Harris, Unlisted's founder and CEO, said in a press release. The brand confirmed that it's working with Machine Gun Kelly earlier this week via a photo of the singer that was shared on Instagram. "Big things brewing with @machinegunkelly 🙌," the caption reads.

Not much else is known about UN/DN and the shades and product names that are set to be included in it, but all of the products will supposedly be available by this fall.