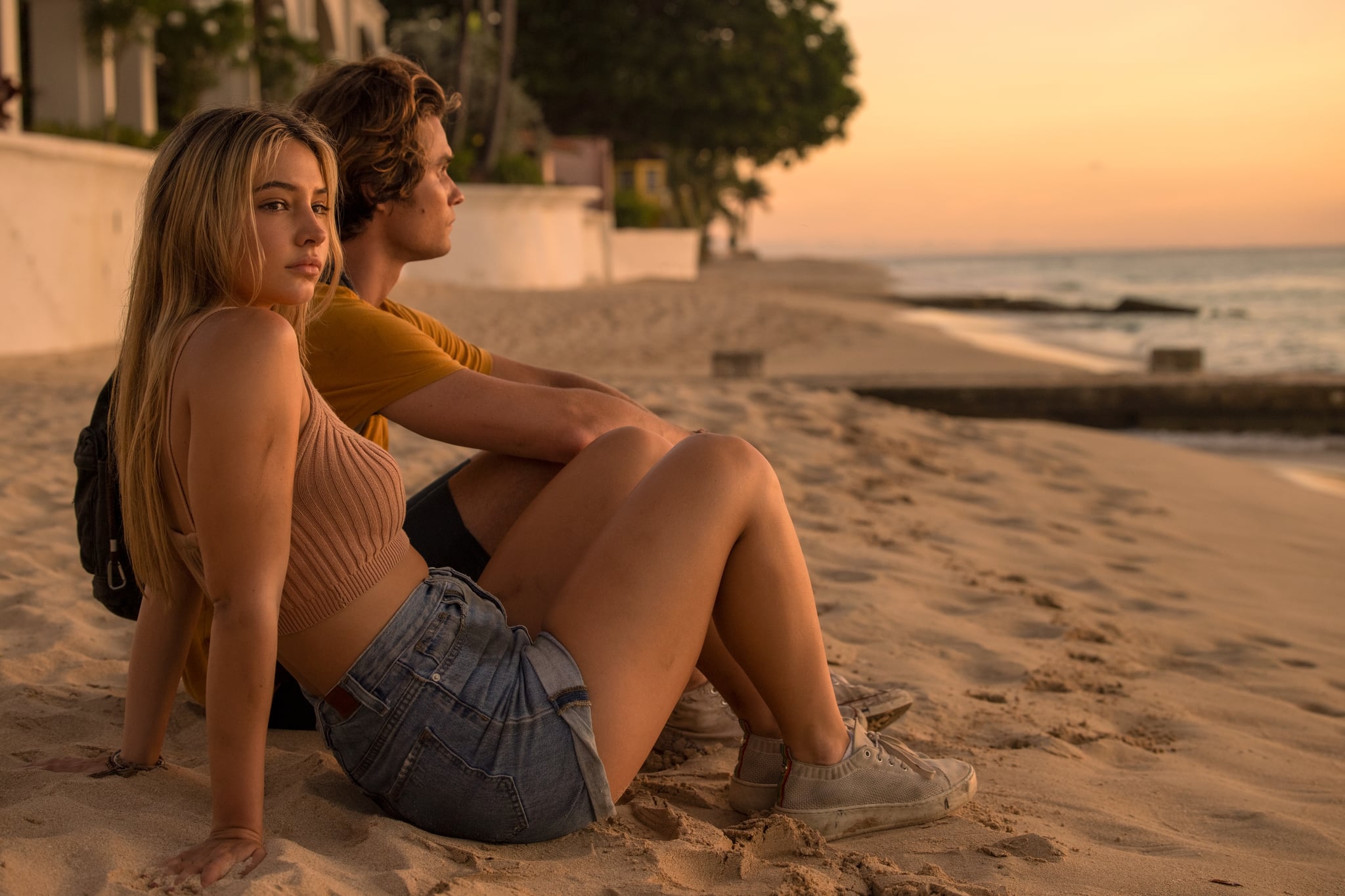 We assumed that Madelyn Cline would keep the secret to her blond highlights locked tighter than the Royal Merchant Treasure chest, but thankfully, we were mistaken. The Outer Banks actress is incredibly open about the journey that took her naturally dark brunette hair to Sarah Cameron's signature sun-kissed blond — and what a rocky journey it was. During an interview with Women's Health earlier this year, Cline talked about dying her hair for the first time ever for Netflix's hit show. Spoiler: it took a $4 product to really give her the look she wanted.

"I had never touched my hair. I was just too afraid to, and I just didn't want to pay the money to do anything to it," Cline said in the video interview. "And then Outer Banks happened." Netflix wasn't sure "if blond would be the move," so Cline took a trip to the hair salon in the hopes of getting a "sun-kissed" look. Unfortunately, the first time wasn't the charm. "It kinda felt like I had streaks of peanut butter in my hair," she said.

"I wasn't extremely happy with it so I went to CVS and I bought Sun-In. I soaked my hair in Sun-In and blew-dry it and repeat." Although most stylists likely wouldn't advise this method, Cline's strategy worked, and the next time she went to the salon, her hair was toned down from the brassy Sun-In orange to a lighter, more natural shade. Now, we can't imagine her without the beachy blond.