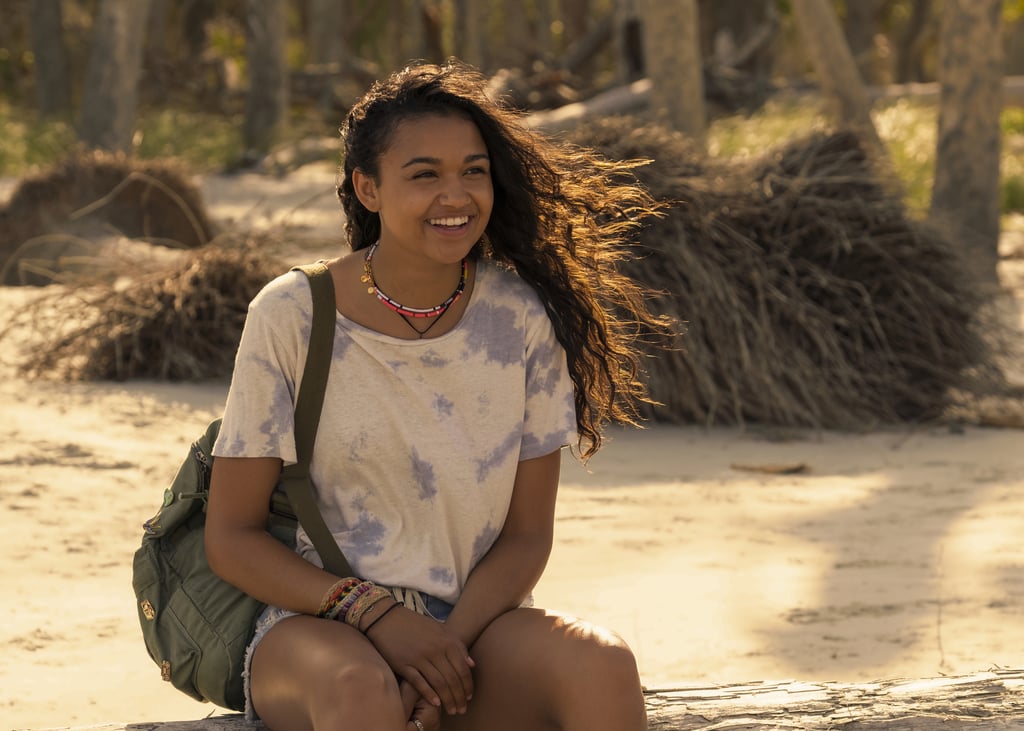 Outer Banks became the most popular show on Netflix a mere three weeks after it debuted. Surprising? No. The adventure mystery teen drama has a thrilling plot and is cast with beautiful new talent, one of them being breakout star Madison Bailey, who plays Kiara in the original series. As the leader of the Pogue crew, Kiara is the laidback and cool, yet effortlessly stunning beach babe. And as it turns out, that description isn't that far off from Bailey's personality IRL.

"I don't think Kiara would touch makeup if you paid her to," Bailey told POPSUGAR with a laugh. "I myself love makeup. I collect makeup." But after playing the character for 10 episodes and living that Outer Banks life, that's changed — at least a little.

"I wear a lot less makeup than I did before the show," said Bailey. "That definitely changed the way I view makeup. I'm more into a natural, glowy look versus a full face. It made me more comfortable in my own skin. I feel a lot more naturally beautiful than I ever have." A great feat for any 20-something-year-old, but especially for someone in the spotlight and on TV.