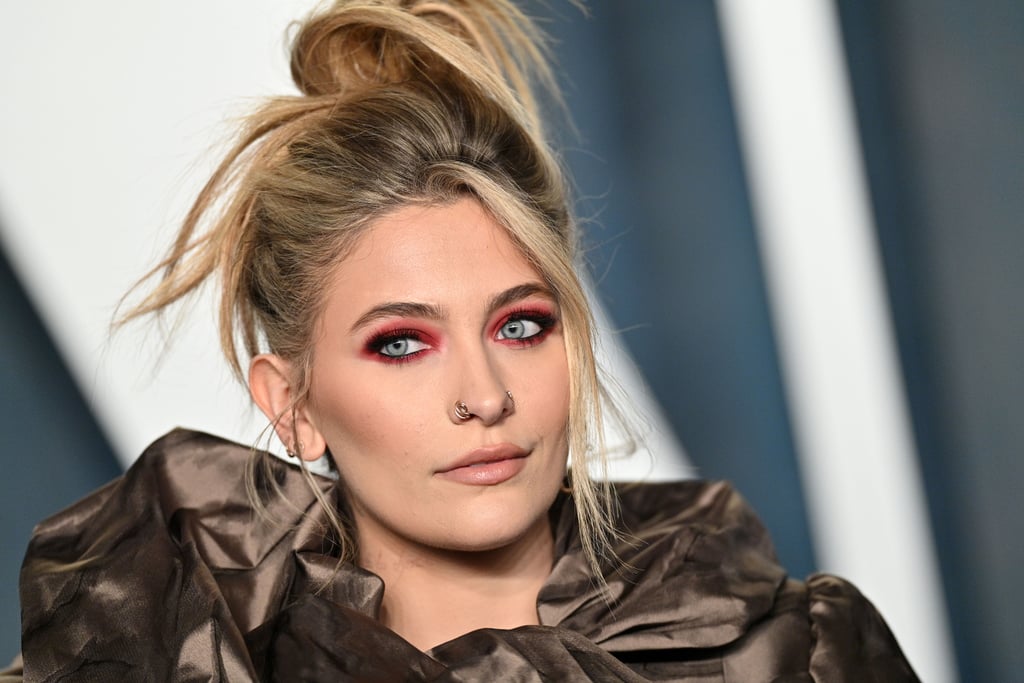 A Guide to Paris Jackson's 80+ Tattoos

When it comes to the award for most tattoos, Paris Jackson may just give stars like Miley Cyrus and Julia Michaels a run for their money. The singer and model reportedly has more than 80 pieces of ink scattered across her arms, torso, legs, and hands — and she's showing no signs of slowing down any time soon.

Tattoos and piercings are Jackson's two favorite ways to express herself. While she has a few tattoos in honor of her dad, Michael Jackson, she also has designs that are a little less sentimental. "A lot of them I got for no reason," Jackson previously told POPSUGAR in an interview.

Most of Jackson's designs are in black ink, but she also has a few red-ink tattoos, as well as a full-color sunflower design on her arm and watercolor dragon on her upper bicep. In 2021, she got a red rose on her inner arm with her friend and fellow tattoo collector Cara Delevingne.

From the wolf head and dragonfly on her forearm to the script on the side of her neck that she got during the COVID-19 pandemic, take a closer look at many of Jackson's tattoos ahead, and learn about the meanings behind some of them.