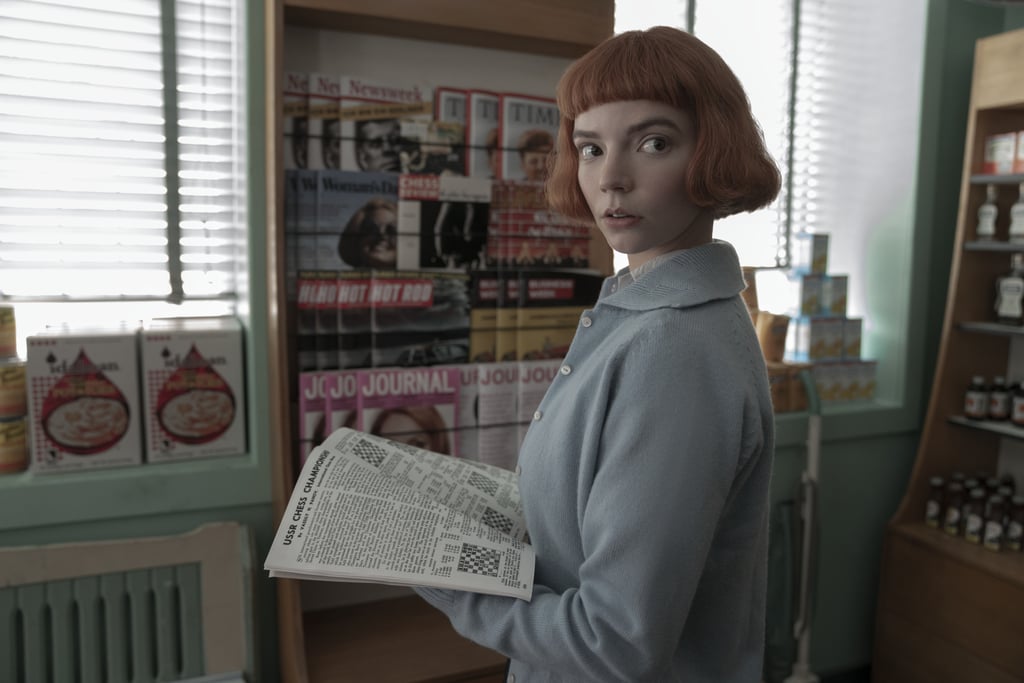 On Beth's Many Hairstyles and Wigs

Because the miniseries follows Beth from age eight to 22, three actresses were used to play her at different stages of her life. To convey this character progression, Parker had to create three very distinct but cohesive looks.

"For the orphanage stage, I wanted to create an almost uncaring look — which I actually think is quite cute — with these very short fringes," said Parker.

All of the hair looks were done with wigs; it would have been impossible to do it any other way, said Parker. Taylor-Joy alone had four. "Sometimes you were changing into three different looks in one day — there's no way that you can do [that] without wigs," he said. Taylor-Joy also has long blond hair in real life, whereas Beth had red hair. "Right at the beginning I decided that she should be a redhead," said Parker. "I didn't have any doubts about that and then funny enough, both Scott Frank (the director) and Anya individually said, 'She's a redhead,' so all three of us actually decided that she was a redhead quite independently."