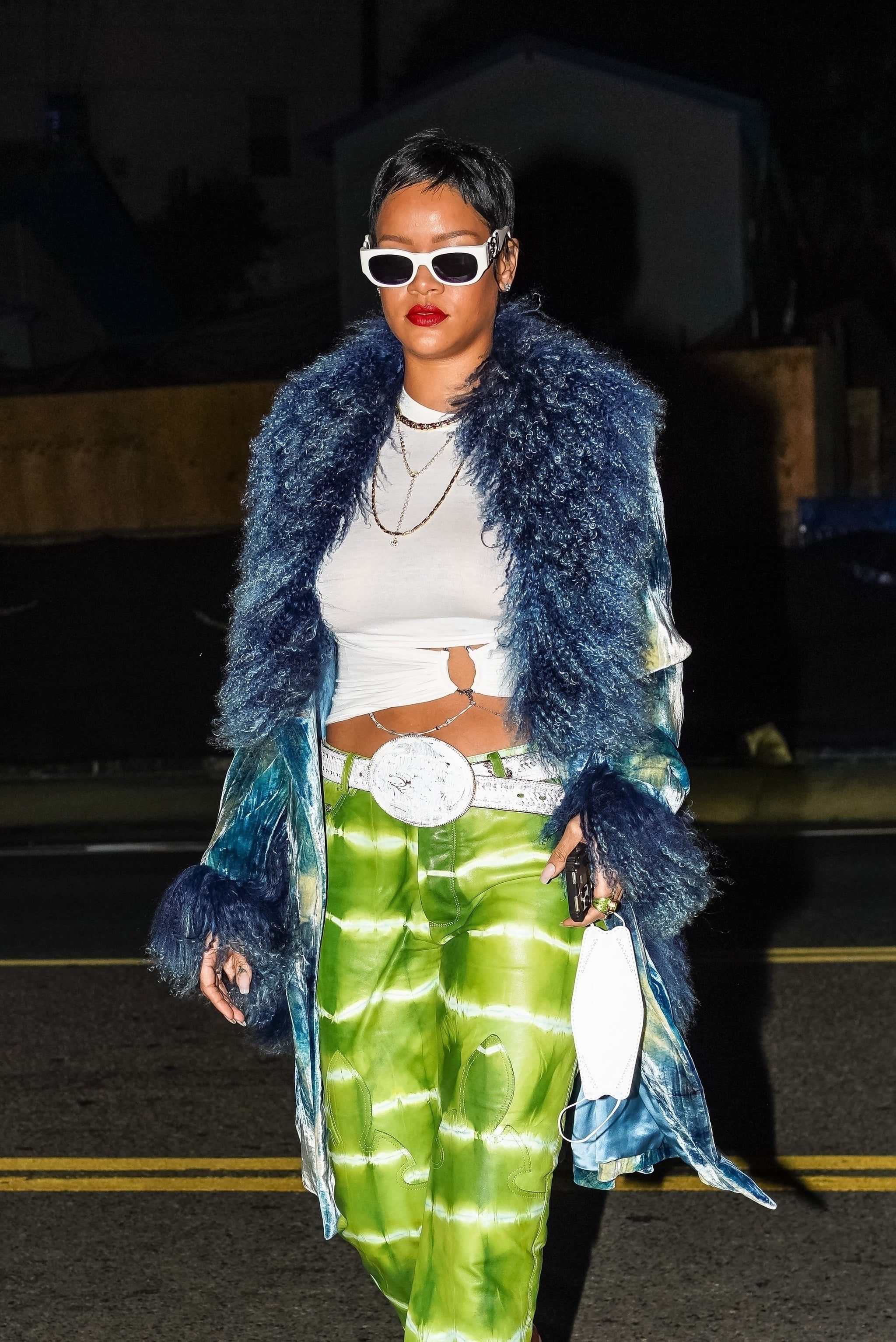 The lob may be one of the biggest hair trends to take over Hollywood this spring, but if there's anything we've learned about Rihanna over the last decade, it's that she's way more of a trendsetter than a follower. As a handful of her fellow celebs have debuted bobs and shoulder-length haircuts over the past few months, the multihyphenate star recently stepped out showing off her all-new pixie cut — and it's definitely giving us flashbacks to her Unapologetic era.

Rihanna revealed her new cut as she was caught by paparazzi leaving Santa Monica restaurant Giorgio Baldi on May 6. As noted by The Cut, she debuted a pixie cut at the 2012 MTV Video Music Awards, and while she wore her hair in the style for several months to follow, it's been a minute since we've seen her hair this short. One of her most recent hair changes was an edgy mullet hairstyle, and for the last few months, she's cycled between that and wavy extensions. We're not sure if her new short hair means that a new era is upon us, but we're excited to feel like it's 2012 again.