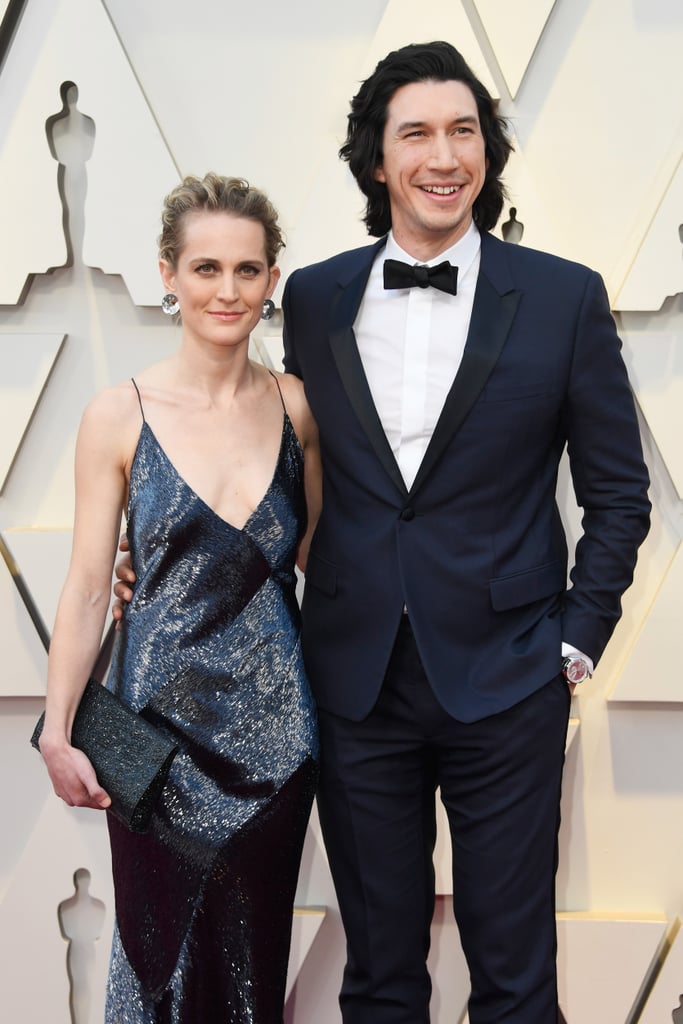 Adam Driver is well known for playing Adam Sackler on Girls, but since the series wrapped in 2017, he's been making a new name for himself in movies like the Star Wars franchise and Netflix's Marriage Story. Naturally, fans have gained even more interest in Adam's life off screen. While the 36-year-old actor is notoriously private about his personal life, we do have a few details about his love life.

In June 2013, Adam tied the knot with actress Joanne Tucker during a destination wedding with guests from his hit HBO series in attendance. However, the couple's romance started long before his acting career took off. After getting discharged from the Marine Corps, Adam auditioned and was accepted into Juilliard. Shortly after, he met the love of his life, and they have been inseparable ever since. In 2018, Adam confirmed that he and his wife had secretly welcomed a son, though his official birth date is still unknown. They also share a Rottweiler-pit bull named Moose.

Though the two keep their romance under the radar, they have worked together on a few occasions. Joanne had a small cameo on Girls, and the couple cofounded the Arts in the Armed Forces charity to connect service members and vets to the world of theater. Joanne was also in attendance for a handful of Adam's big premieres and events, including Star Wars: The Rise of Skywalker and the 2019 Golden Globes. See more pictures of the couple ahead.