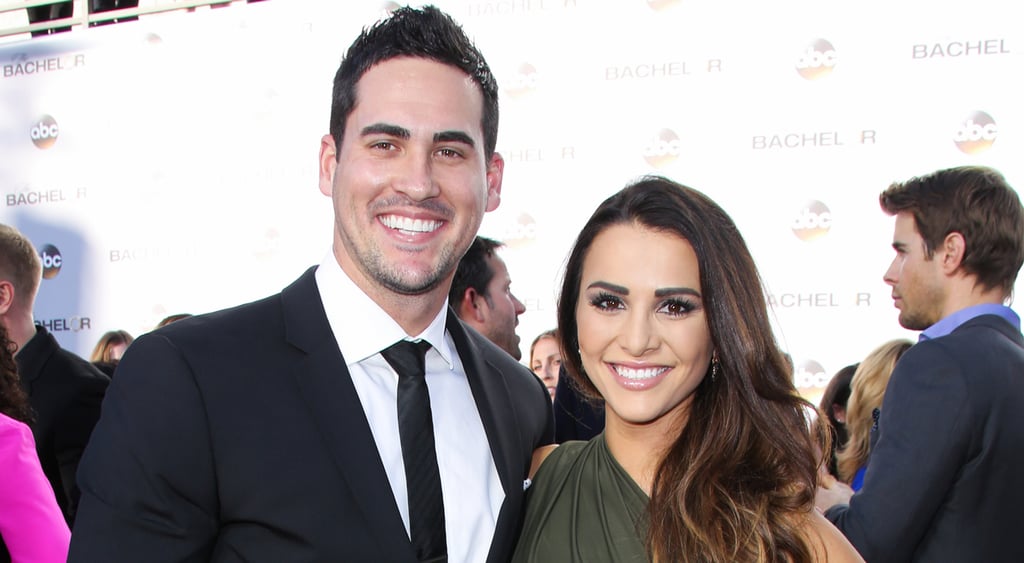 The Bachelorette's Andi Dorfman and Josh Murray have broken up. In a statement obtained by People, the couple explained, "After several months of being engaged and working on our relationship, we have decided it's best for both of us to go our separate ways. We are very sad that it has come to this point, but this is what's best for both of us individually." They added, "We will continue to be good friends and have nothing but great things to say about each other and wish each other the best."

Josh proposed to Andi during The Bachelorette's finale back in May, which aired in July. Earlier this week, the pair hit the red carpet together for the premiere of The Bachelor season 19, where Josh said they were "looking forward to . . . settling down with each other" in the New Year. Although he reportedly posted an emotional picture on Instagram on Thursday — a silhouette of a man kneeling with the caption "Lord, help me to have faith in your plan" — it has since been deleted.

Celebrity Couples
Tiffany Haddish and Common Are the Cutest New Couple, and These Pics Prove It
by Corinne Sullivan 15 hours ago