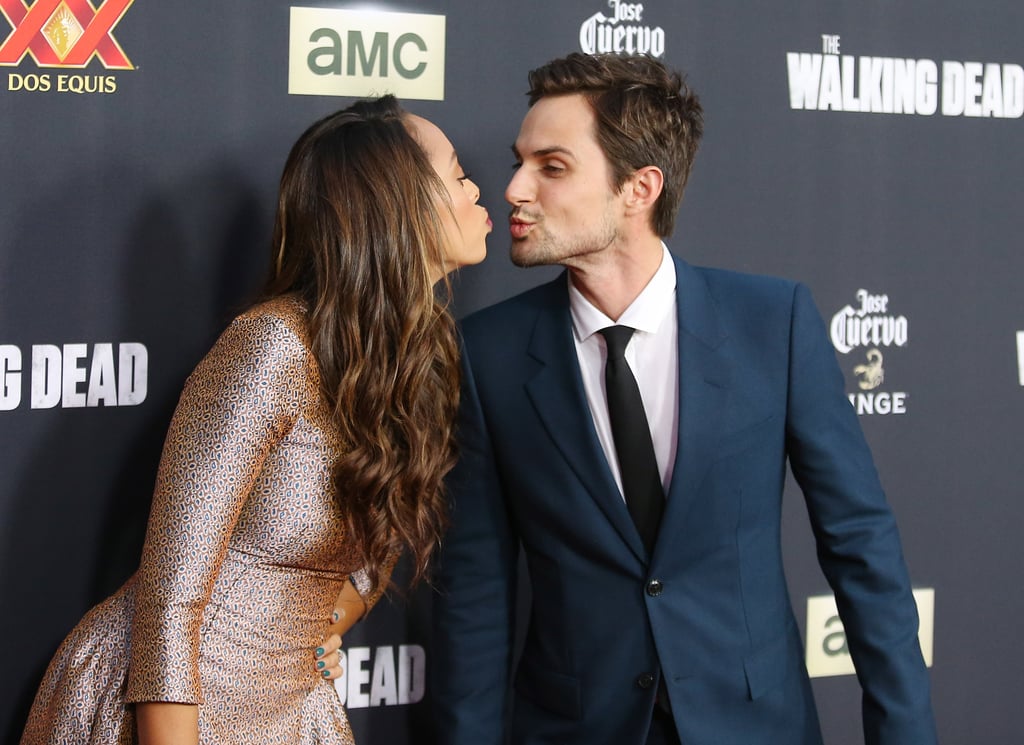 Andrew J. West and Amber Stevens are living proof that curses can be broken. No, not the dark curse on Once Upon a Time, but the TV-costars-turned-couples curse that has broken up some of our favorite duos over the years. The two first met when they played love interests on their hit show Greek, and while things didn't end well for their characters, the pair have been living out their happily ever after ever since. In August 2013, Amber announced their engagement on Twitter, and over a year later, they made things official when they tied the knot in a romantic ceremony in LA. Aside from hitting the red carpet together from time to time, the two are constantly giving us sneak peeks of their love on social media, and we can't get enough. Andrew may be playing the adult Henry Mills on OUAT, but he and Amber are anything but your run-of-the-mill couple.

Related:
Who Is Andrew J. West? Get to Know Once Upon a Time's Latest Heartthrob
Previous Next Start Slideshow
Celebrity InstagramsCelebrity CouplesAndrew J. WestAmber Stevens