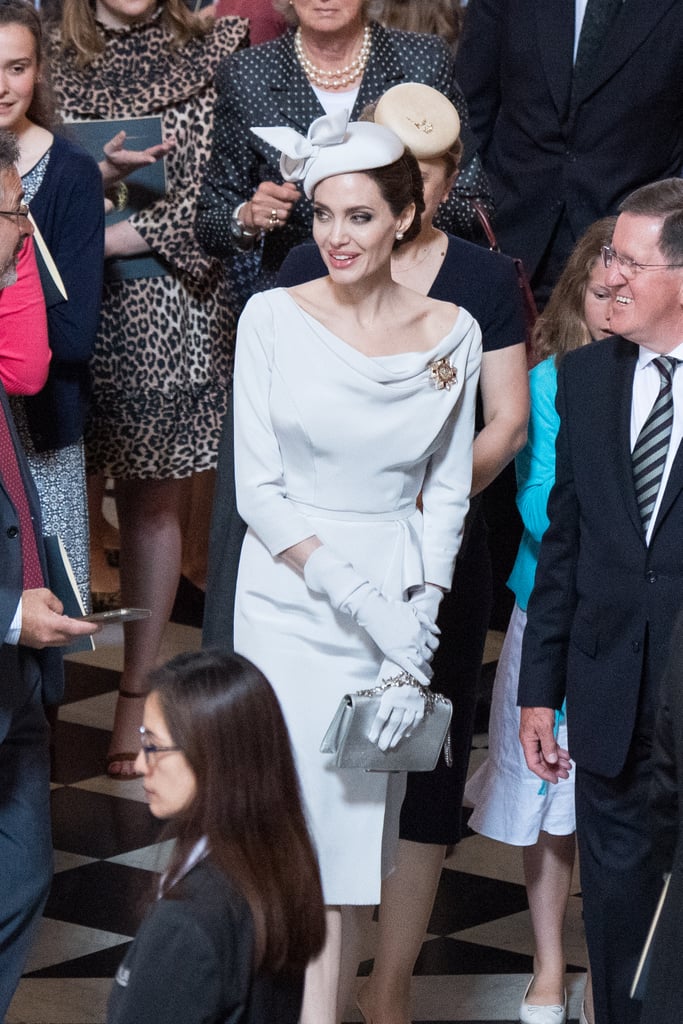 Angelina Jolie channeled her inner royal when she attended the Service of Commemoration and Dedication at St. Paul's Cathedral in London on Thursday. The event marked the 200th anniversary of the Most Distinguished Order of St. Michael and St. George, which is awarded to men and women "for service in a foreign country, or in relation to foreign-service officers and diplomats." Angelina looked stunning in a dove gray Ralph & Russo dress with matching gloves and a fascinator, and I don't know about you, but I think she would make a pretty damn good princess. The service also brought a handful of other royals including the Duke of Kent, but Queen Elizabeth II unfortunately had to cancel because she was feeling "under the weather."

It's been nearly two years since Angelina filed for divorce from Brad Pitt, but their split still remains at the center of news. According to Us Weekly, the former couple recently reached a new temporary custody agreement over their six kids — Maddox, Pax, Shiloh, Zahara, and twins Vivienne and Knox — for the Summer. Brad will have physical custody of the minor children (except for Maddox because he's 16) for 10 hours each day from June 27 to July 1 with a psychologist present, as well as four hours a day from July 8 to 14 in London, where Angelina is currently living.

Related:
Watch Angelina and Brad's Kids Grow Up Before Your Eyes in These 25 Pictures
Previous Next Start Slideshow
Angelina Jolie 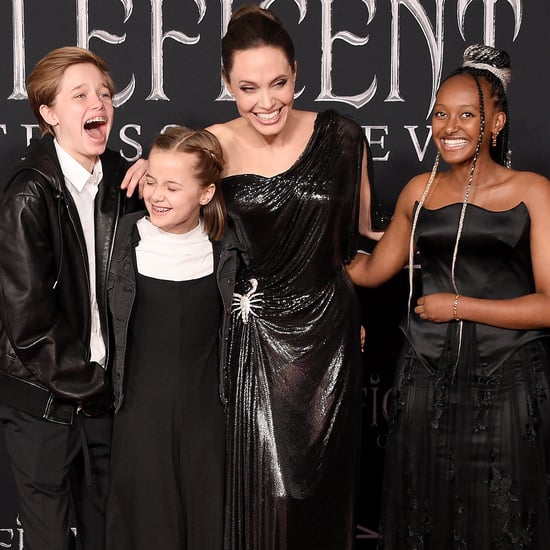 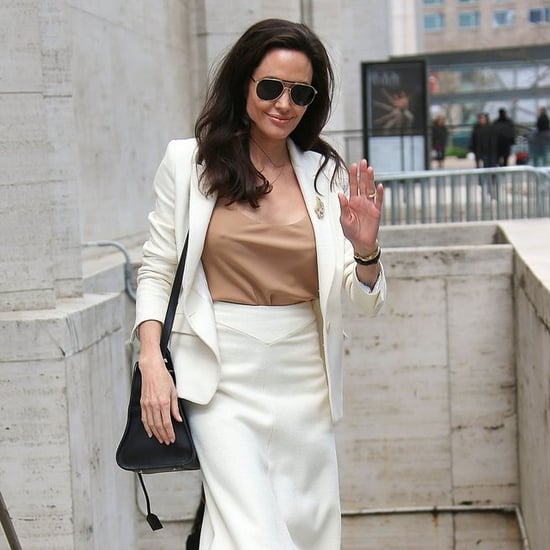