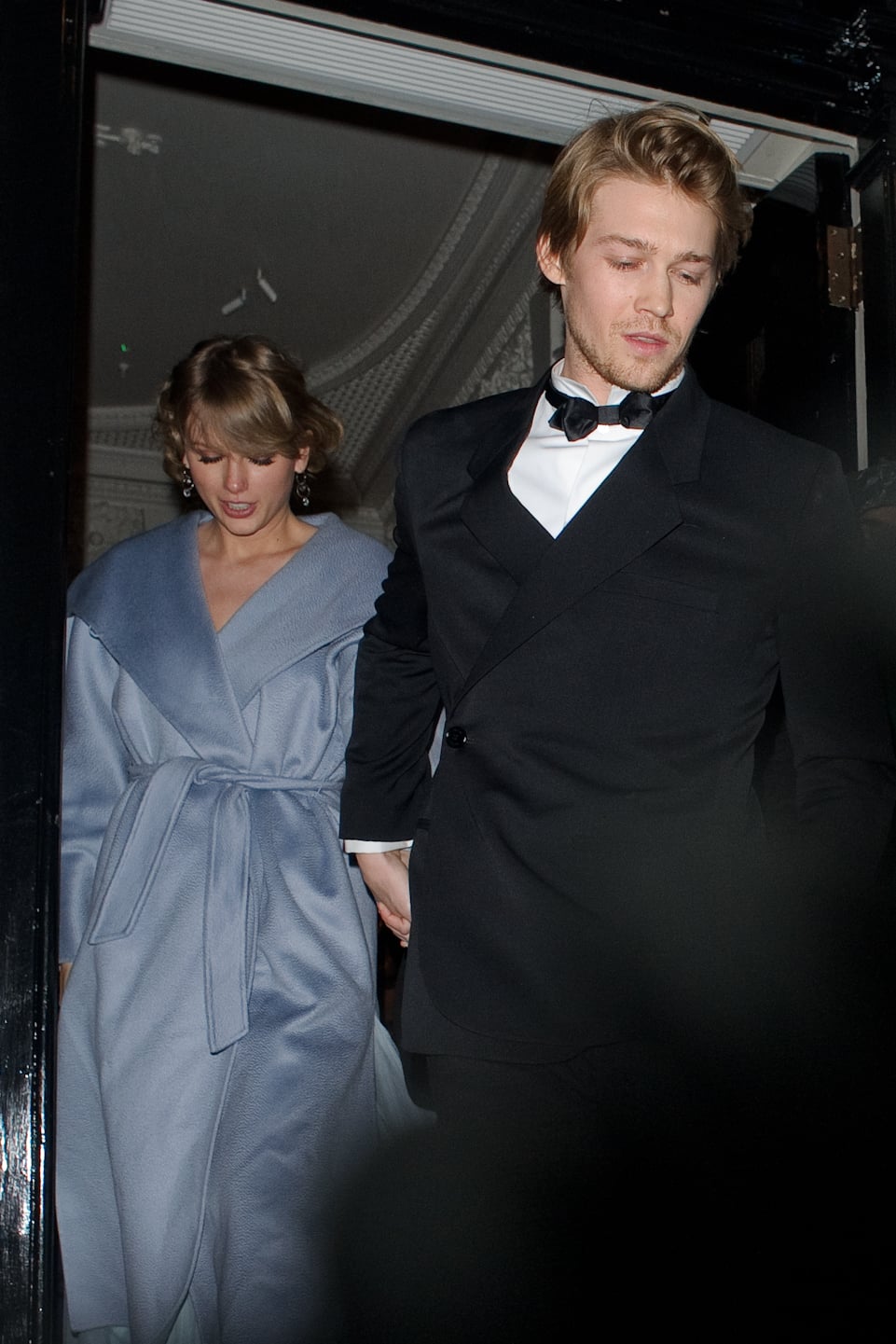 Fans have been convinced for years that Taylor Swift and her boyfriend, Joe Alwyn, are secretly engaged, or even secretly married. Alwyn, who stars in Hulu's upcoming "Conversations With Friends" finally addressed the rumors — kind of.

Alwyn confessed that he'd "like to feel slightly less guarded sometimes in interviews or in whatever kind of interactions," but he said, "If you give it to them, it just opens the door."

Swift and Alwyn are rumored to have met for the first time at the 2016 Met Gala, and by the end of the year were spotted at a few events together. Reports of their relationship broke in 2017, and Swift confessed that many songs on her 2017 album "Reputation" were about him, including "Gorgeous," "King of My Heart" and "Delicate."

But engagement speculation really picked up with the release of Swift's 2019 album "Lover." The title track is clearly about a wedding, and the bridge plays around with the idea of wedding vows. It's not the only song on the album that hints at nuptials. The song "Paper Rings" includes the line, "I like shiny things but I'd marry you with paper rings." Fans waited for Swift to confirm the theories were right, but she never did.

Overall the pair have been very private about their relationship. They have never walked a red carpet together, even when they've both attended an event, like the 2019 Golden Globes. Alwyn did collaborate with Swift on songs on her two 2020 albums, "Folklore" and "Evermore," but he used the pen name William Bowery to hide his contributions.

In a 2019 interview with the Guardian, Swift said she wasn't going to talk about her relationship publicly. She explained, "I've learned that if I do, people think it's up for discussion, and our relationship isn't up for discussion. If you and I were having a glass of wine right now, we'd be talking about it — but it's just that it goes out into the world. That's where the boundary is, and that's where my life has become manageable. I really want to keep it feeling manageable."