Ariana Grande dropped by The Tonight Show Starring Jimmy Fallon on Tuesday to promote her new fragrance, Ari by Ariana Grande. During her appearance, the 22-year-old singer wowed viewers when she and Jimmy played a hilarious game of Wheel of Musical Impressions, taking on people like Christina Aguilera and Britney Spears. This isn't the first time Ariana has channeled stars on the show — in March, she proved she could sound just like Celine Dion when she belted out "Beauty and the Beast," which Celine and Peabo Bryson recorded for the 1991 Disney classic of the same name. Watch the clip above, and then relive Christina Aguilera's spot-on Britney moment and check out the best impressions of celebrities by celebrities.

Pamela Anderson
Pamela Anderson Recalls Bringing Her Son to the Playboy Mansion: "Ew, Let's Get Out of Here"
by Emily Oldenquist 2 days ago 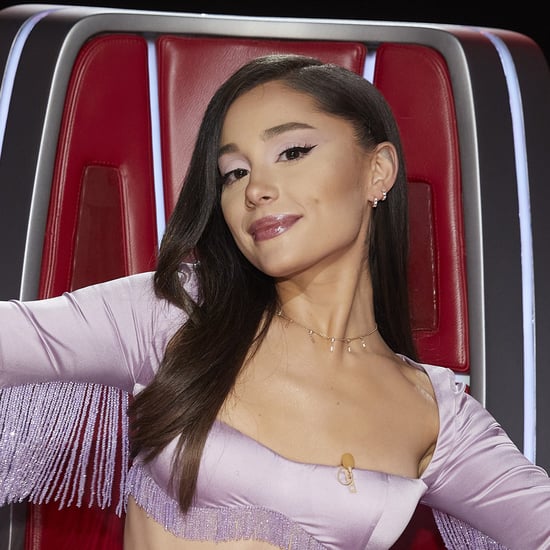