Ariana Grande's voice is no doubt impressive, but did you know she has the skills to sound just like Celine Dion? The singer proved it when she stopped by The Tonight Show Starring Jimmy Fallon on Friday. After saying she felt "nervous" and "vulnerable" because she had "never talked on a talk show" before, Ariana brought it all back to the music. She joined Jimmy for a duet of "Beauty and the Beast," which Celine and Peabo Bryson recorded for the 1991 Disney classic of the same name. Ariana sang again when she and Jimmy slipped into costumes for their funny "Ew!" sketch.

This isn't the first time a star has given their best impressions on the show — most recently, Christina Aguilera channeled Britney Spears, and it's impossible to forget Kevin Spacey's hilarious impressions. Watch the video above to get wowed by Ariana, and then check out the best celebrity impressions out there, including Ariana's take on Britney.

Music
Sheesh, This Dance to Lady Gaga and Ariana Grande's "Rain on Me" Is Lightning-Quick
by Brea Cubit 6 days ago

Viral Videos
Having a Bad Day? This Video of an 80-Year-Old Man Dancing After Getting Toilet Paper Will Cheer You Up!
by Murphy Moroney 3 days ago 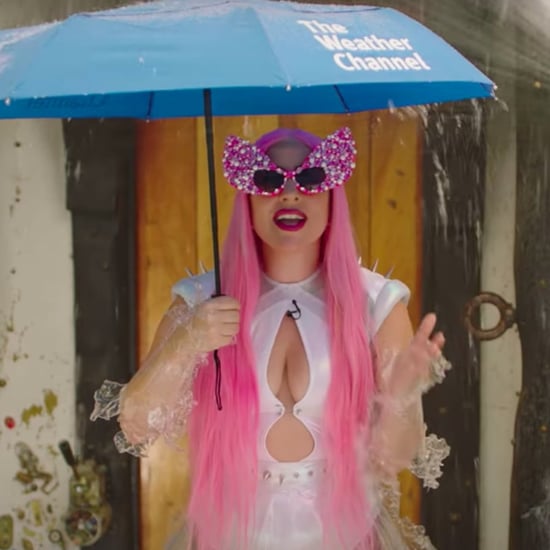