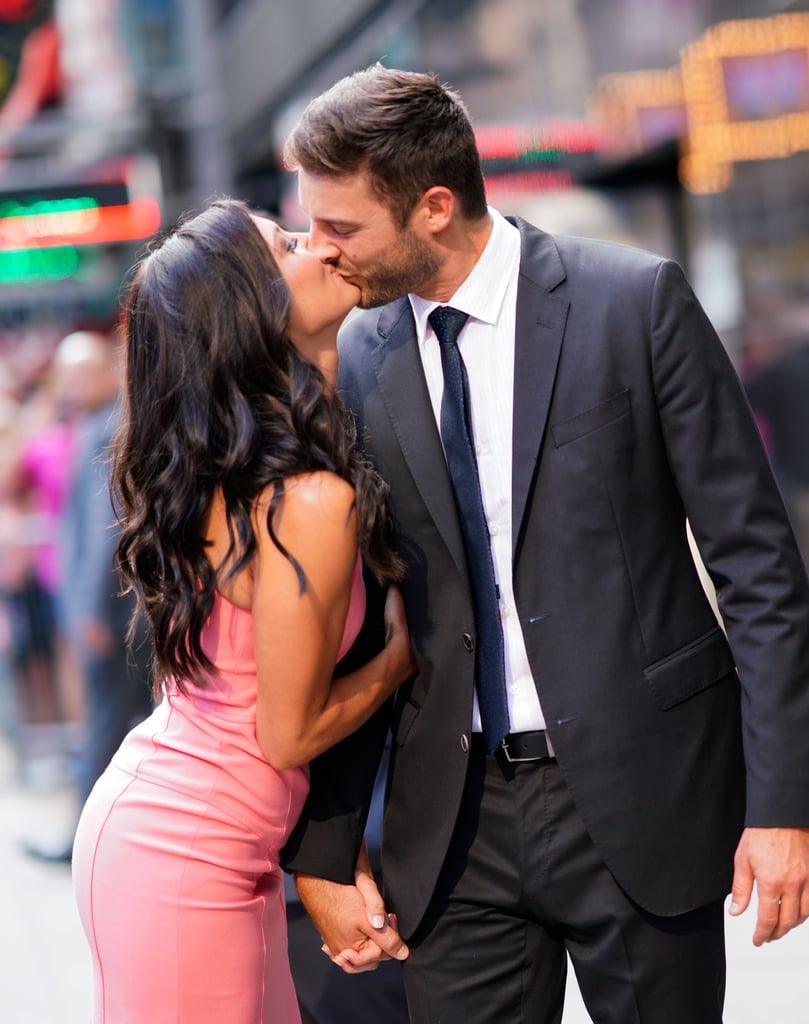 Becca Kufrin and Garrett Yrigoyen are officially engaged, and they're wasting no time showing off their romance. After making their first appearance as a couple on The Bachelorette's finale, the pair have been busy making public outings together (including their "After the Final Rose" appearance). In addition to their cute interviews on talk shows, the two are already posting PDA-filled Instagram snaps of each other. Looks like these two lovebirds are adjusting quite nicely to having their relationship in the spotlight. Ahead, see some of their best couple moments, so far.