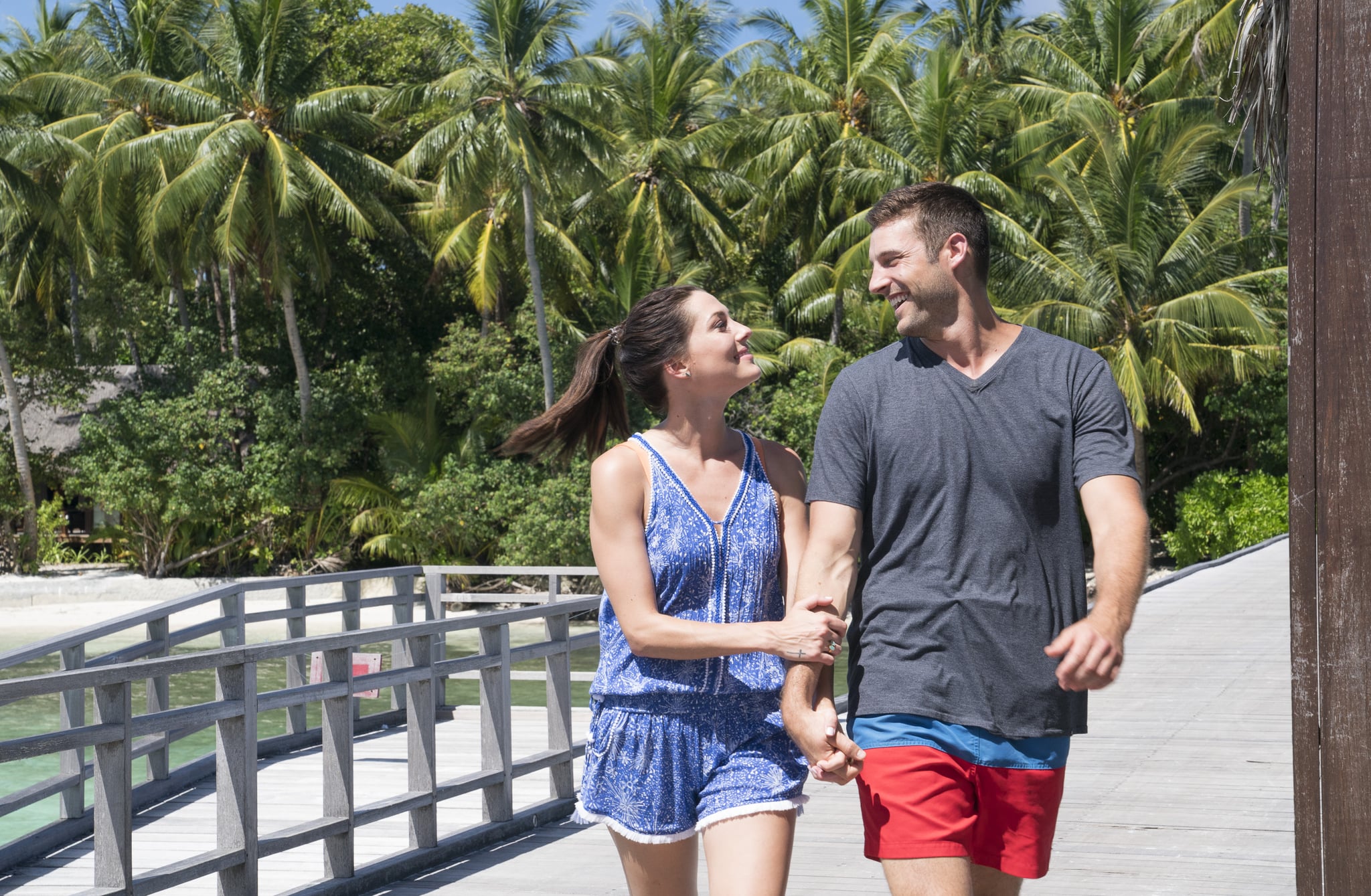 Shortly after The Bachelorette premiered in late May, a troubling situation arose involving one of Becca Kufrin's suitors, Garrett Yrigoyen, and now both of the reality stars have addressed it head on following Monday night's dramatic finale.

Garrett, a 29-year-old medical sales rep from Reno, NV, was a front runner for Becca's heart from night one after receiving the first impression rose. Unfortunately, he soon got tangled up in an Instagram scandal that revealed he'd been "liking" disturbing right-wing memes for months. Some of the photos he double-tapped on the social media app included memes from right-wing Instagram pages mocking immigrants, feminists, Parkland high school student David Hogg, and transgender people.

Related:
The Bachelorette: 29 People Who Want a Word With Becca Over THAT Finale Breakup

At the time, Becca asked fans to "be open" about the situation. "I want them to go through this season with me and watch my love story unfold with all of these men," Becca told Entertainment Tonight. "I did things in the past that I'm sure [weren't] the best [things], but I just want people to stay open-minded to everyone." Garrett later apologized himself, saying he was sorry to those he offended and promising Bachelor Nation that the "likes" are not a true representation of who he is.

After the finale aired and we all found out that Becca had indeed chosen Garrett as her final suitor, the pair showed up to Chris Harrison's After the Final Rose special, and the host didn't shy away from asking Garrett about the scandal. "I didn't realize the effect of a double tap or a 'like' on Instagram," Garrett explained. "I didn't mean to hurt anybody's feelings . . . I stand by everything I said in my apology. I'm trying to grow on a daily basis."

Related:
Garrett Yrigoyen's Job Before Starring on The Bachelorette May Surprise You

When Chris asked the couple if the controversy made it tough to start their relationship, Garrett insisted that he and Becca have "been honest and open and transparent with each other from the very beginning" but admitted that he was "really worried" that he might lose her so early on. Becca added that her fiancé's Instagram "likes" were something they had to talk about early on in their relationship, but now that they've gotten through it, they're "growing, progressing, and moving forward."

"I got to see who he is, his heart, his soul," Becca continued. "The Instagram situation, I don't condone that. But I know he stands by his apology. He didn't mean it . . . I want to move forward, to learn, to grow, and to continue to educate ourselves."

Although Bachelor Nation hasn't exactly warmed to Garrett, they're going to have to get used to him — Becca confirmed that they haven't set a wedding date yet, but they're moving in together and planning on getting a dog (or two).

Celebrity Instagrams
Jenna Ushkowitz Is Going to Be a Mom: "Baby Girl Stanley Coming in June"
by Monica Sisavat 7 hours ago