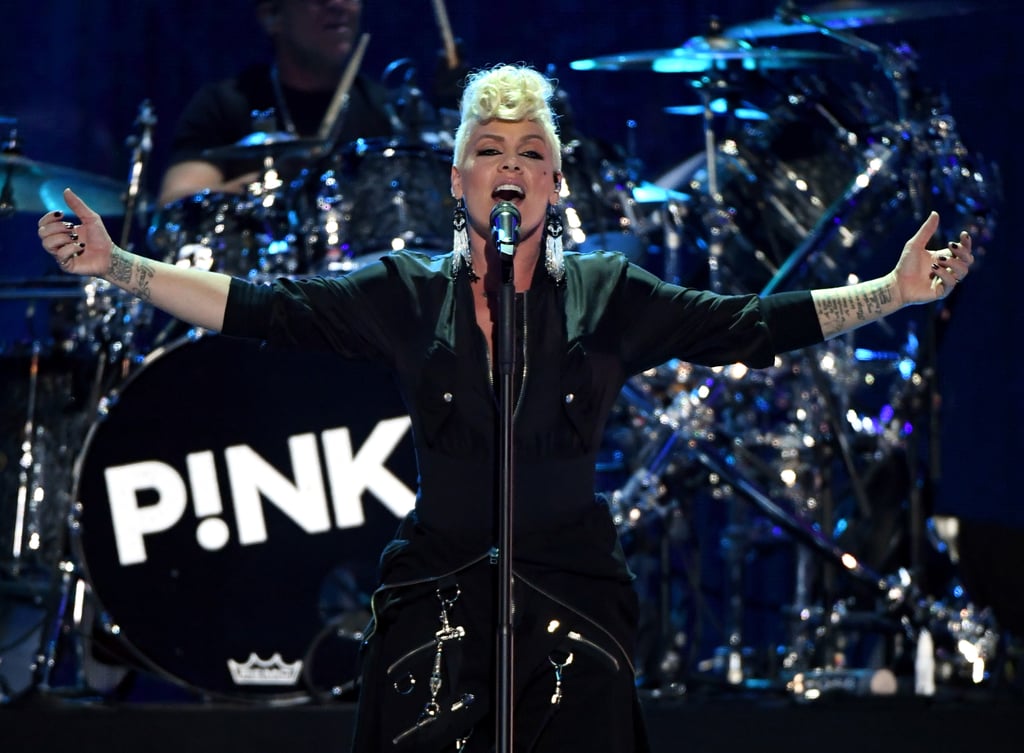 September: She Sang Her Heart Out at the iHeartRadio Music Festival

Pink was truly on fire this year. After welcoming her son, Jameson, in 2016, the singer proved she was back and better than ever. In addition to dropping a new album, Pink received a special honor at the MTV Video Music Awards and continued to blow us away with her gravity-defying performances. The countdown is officially on to see how Pink will top herself next year!

Related:
Pink's Most Savage Quotes About Love Will Make You Say, "Same"
Previous Next Start Slideshow
Celebrity InstagramsRed CarpetP!nkBest Of 2017
Around The Web

Jennifer Lopez
Jennifer Lopez Is on Her Way to Perform at the Inauguration, and Her Outfit Game Is Already 100
by Nikita Charuza 21 hours ago