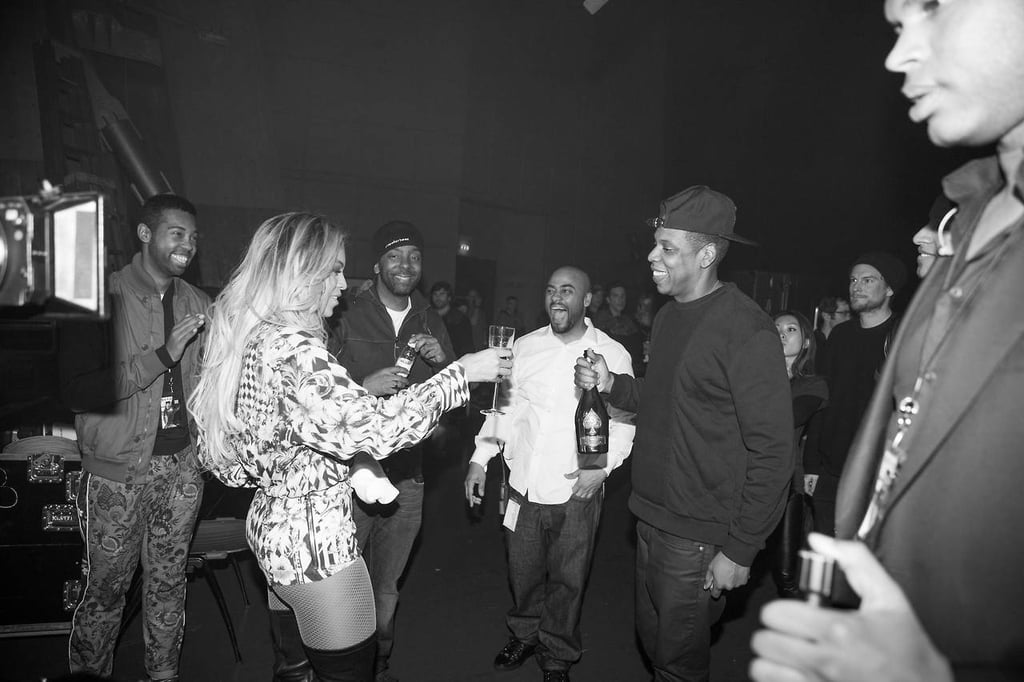 Beyoncé couldn't help but get choked up during her final show on The Mrs. Carter Show World Tour in Portugal on Thursday. She began to cry as she addressed the crowd, saying, "In the past year, we've been through so much together — the Super Bowl, shooting the videos, all of these shows. When I first started the tour, my baby [Blue Ivy] was not even walking yet." She continued, "I just want you to know that I am so lucky. I'm giving y'all an ugly cry! Thank y'all again. Thank you for allowing me to have a career. When I fall, you lift me up. When I'm hungry, you feed me. And I just want to give you my light."

Beyoncé has performed in over 130 cities around the world since kicking off her tour in April 2013; after her surprise visual album, Beyoncé, dropped in December, she revived the second leg of the tour with brand-new music, costumes, and sets. She's even been joined on stage by her husband, Jay Z, who popped up to duet "Drunk in Love" with Bey in London recently. The couple, along with 2-year-old Blue, have traveled the globe together and made time for some fun family vacations in Europe and South America. It's been a long road for Bey, and we're looking back at the best moments from The Mrs. Carter Show World Tour over the past year.