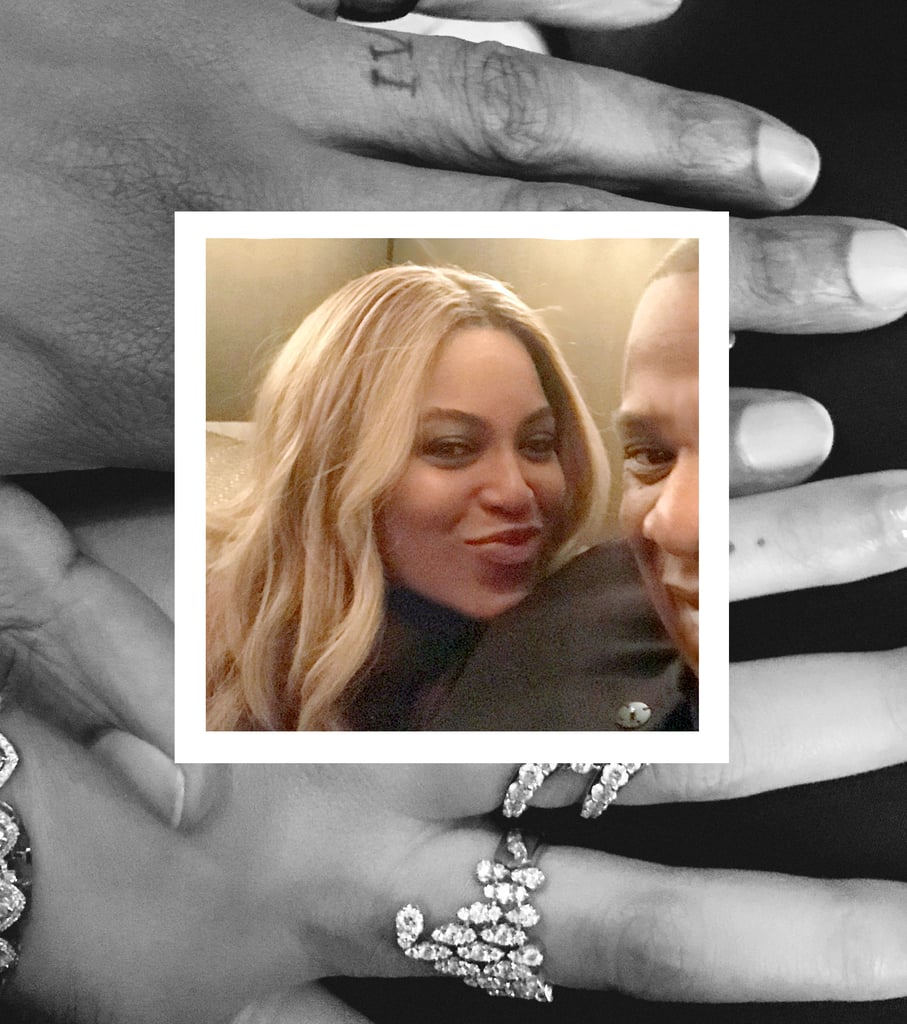 It was date night for Beyoncé and Jay Z at the annual Weinstein Company Oscars preparty in Beverly Hills on Feb. 25. The pair, who is expecting twins later this year, appeared to have a blast as they danced in their seats and enjoyed some dessert. At one point, the duo held hands and Jay Z was even spotted stroking his wife's back. On Tuesday, Beyoncé gave us an inside look at her night when she uploaded a handful of photos on her website. Not only does she show off her baby bump, but she also gives us another peek at her three-dots tattoo on her ring finger.

Beyoncé's fun weekend comes on the heels of her Coachella cancellation announcement. "Following the advice of her doctors to keep a less rigorous schedule in the coming months," the post said, "Beyoncé has made the decision to forgo performing at the 2017 Coachella Valley Music & Arts Festival." On the bright side, Goldenvoice and Parkwood confirmed that she would instead headline the 2018 festival.