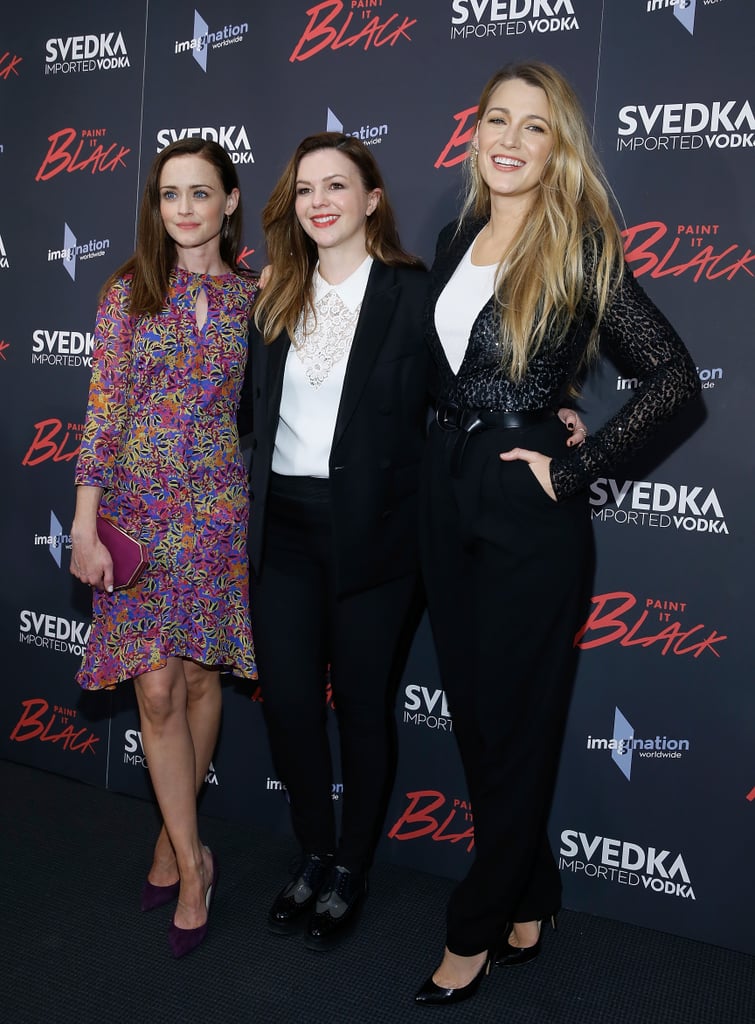 It's been a little over a decade since the first Sisterhood of the Traveling Pants movie premiered, but the ladies are still as tight as ever. On Monday, Blake Lively and Alexis Bledel stepped out to support Amber Tamblyn's directorial debut at the premiere of Paint It Black in NYC. The trio was as cute as can be as they posed for photos together, but sadly, America Ferrera couldn't make it as she was busy with NBC upfronts. While promoting the film, Amber — who became a mom earlier this year — was asked how she keeps her friendship with the women going, to which she responded, "It's so funny because some of us having nothing in common. Even just Blake and I, her understanding of fashion is beyond me and I'm constantly texting her pictures like, 'Should I wear this?' . . . I think we all give to each other and share with each other."

Related:
23 Totally True Facts Illustrated by The Sisterhood of the Traveling Pants

There's been plenty of talk about about a third Sisterhood of the Traveling Pants installment since the second came out in 2008, and Blake renewed hope once again when she told People, "There's a strong chance there might be a third. The four of us are still best friends. To be able to create something together again has always been a dream of ours." Hopefully we'll have more details soon!