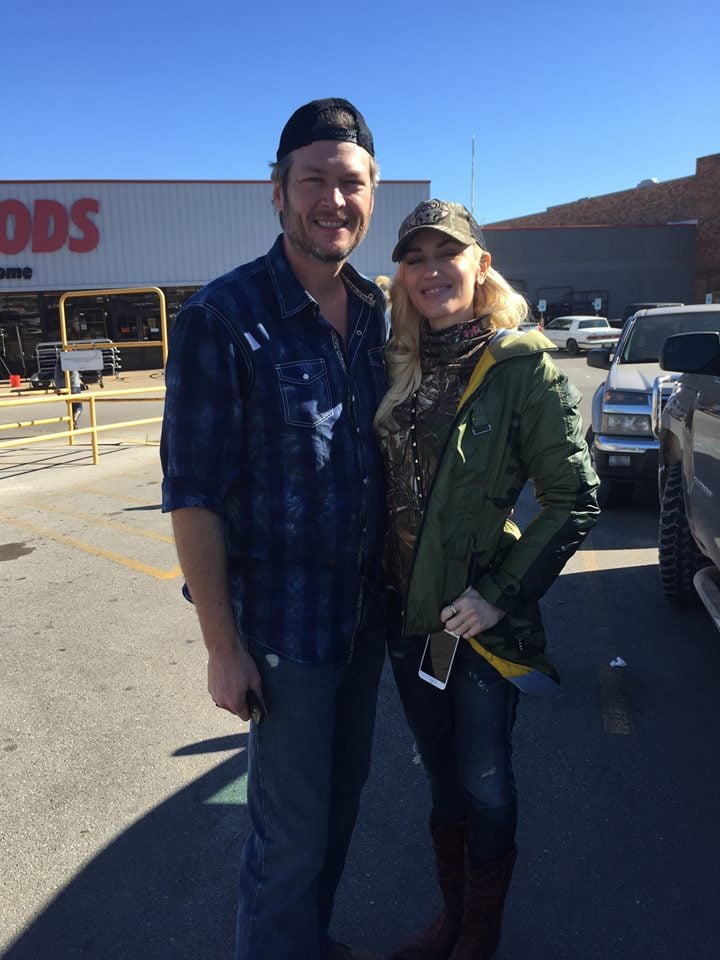 Nothing says, "I love you," like spending the holidays with your significant other. Just days after Gwen Stefani shared a video of Blake Shelton kissing her on Twitter, the pair was spotted together at Atwoods Ranch and Home in Oklahoma on Wednesday. The outing was captured on a couple of social media posts shared by Facebook users Janet Williams Zacharias and John T. Price. In one of the snaps, Blake and Gwen are pictured wearing matching caps and happily smiling outside of the ranch supply store, while in the other, the pair is shown posing with a fan.

Earlier this month, Blake — who's been dating Gwen since November — praised Gwen after her emotional performance on The Voice, saying, "She deserves it. If you go through whatever she went through to write that song, at least she's getting something good, positive out of it." Shortly after, the duo channeled The Notebook during a sweet PDA-filled outing in LA and celebrated the engagement of RaeLynn, Blake's former teammate on the singing competition show, in Nashville. Read on to see more of Gwen and Blake, and then check out their cutest moments on social media.