Brie Larson is nominated for her role in Room, which the actress has deservedly been winning all over the place for, but there's a sense of bittersweetness in the fact that Jacob Tremblay didn't get nominated. However, he's not going unappreciated; not only is he getting his due at other award shows, at the Oscar luncheon, Larson had some of the nicest things to say about him that anyone has ever said about anyone. 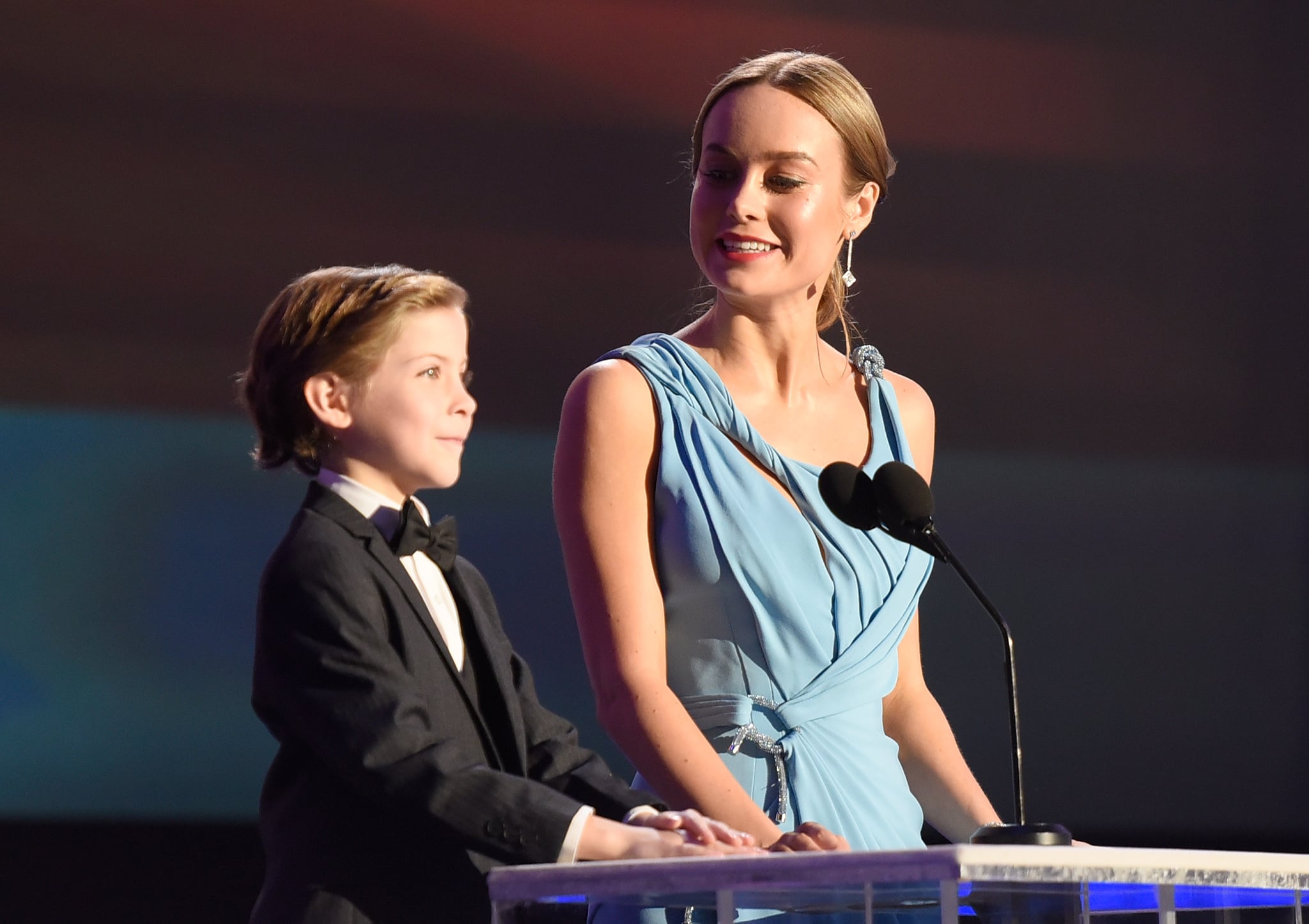 When asked about her 9-year-old costar, Larson said this: "I'm a better person from knowing him and working with him. I feel really honored that I got to go through this experience of being shot through a cannon into the stratosphere with him, because the perception of the world, that innocence, that humor, that lightness that he brings to the movie is the same thing he brings to every second of his actual life. So to do all of this press with him has been such a gift because I am constantly with this child who has a very easy way of looking at things and doesn't feel the bigger picture of it — [he] is just really excited about the present moment. . . . It's such a gift that's carried over into this experience where I'm paired up with him constantly, so all of these firsts are with this child who has brought so much joy and light to my life."

Nostalgia
Love The Royal Tenenbaums and Everything Wes Anderson? You'll Love These Movies, Too
by Camila Barbeito 35 minutes ago

Nostalgia
If The Best Man Is Still Your Favorite Movie, Here's What to Watch as a Double Feature
by Camila Barbeito 1 hour ago

Nostalgia
Looking For Movies Like The Karate Kid After Watching Cobra Kai? Here's What to Stream
by Camila Barbeito 2 hours ago

Zac Efron
High School Musical: It's Time to Finally Admit That Everyone Owes Troy Bolton an Apology
by Mekishana Pierre 5 hours ago